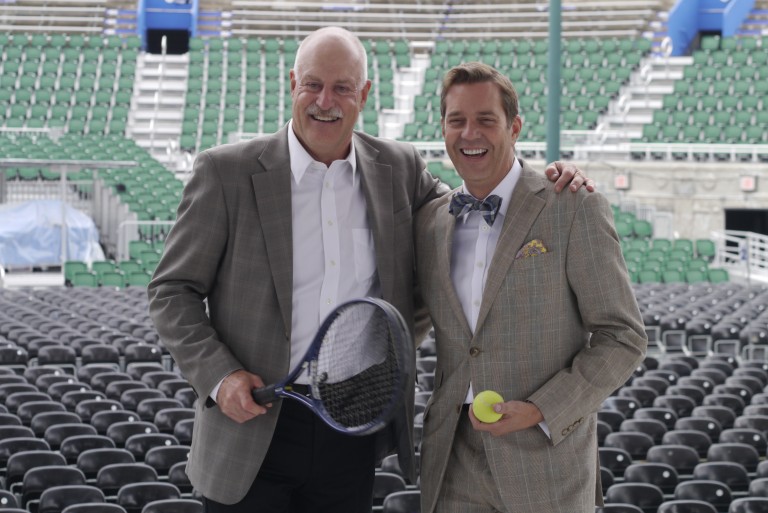 The New York Pops is putting their music where their mouth is this summer, and has announced they will give away thousands of tickets to their concerts in Forest Hills Stadium to underprivileged children.

The orchestra will play two concerts at the stadium, which will serve as their new summer home, in August. The first, on August 6, will feature guest artist Sutton Foster and the second, on August 7, Pink Martini.

Reineke said he always enjoys conducting outdoor concerts, and when he came to New York City he was surprised there wasn’t a great outdoor venue. He said he can’t wait to perform in the stadium, which will provide “an incredible opportunity to reach new audiences.”

The more than 12,000 seat capacity of Forest Hills Stadium let The New York Pops massively expand their “Kids in the Balcony” program, which gives free tickets to underprivileged youth. The orchestra offers 100 Kids in the Balcony tickets to their Carnegie Hall concerts, which are often sold out, and will offer more than 1,000 tickets per concert at Forest Hills Stadium.

“This shows a true commitment to the community and to education and echoes my belief in the importance of music education for all the students in New York City,” said Deborah Dillingham, Queens representative on the Panel for Educational Policy at a press event announcing the partnership.

The New York Pops summer series will also offer family packages. Families can get four free tickets for kids under 16 with the purchase of one adult ticket said Anne Swanson, the orchestra’s executive director. Ticket prices start as low as $10.

“We are strongly committed to making these concerts accessible to all New Yorkers and especially to Forest Hills and Queens residents,” said Anne Swanson, executive director of The New York Pops.
Reineke likes to dance a lot as he conducts and said he hopes the outdoor stadium will allow more freedom for the crowd to move around and express themselves in a way they normally can’t in a concert hall.

“Steve Reineke certainly knows how to get the children participating, and it is a joyous experience to see kids clapping and singing and moving to the rhythm. Certainly the talent is unsurpassed,” Dillingham said.

Forest Hills Stadium was the home of the U.S. Open tennis tournament from 1923 until 1977. The stadium has hosted concerts by The Beatles, Bob Dylan, and Jimi Hendrix. Ed Sheeran, Mumford and Sons, and The Who have all played at the stadium since its re-opening in 2013.

“I am thrilled that so many children in New York City will be able to benefit from the New York Pops and this wonderful stadium and this historic neighborhood,” Dillingham said.

The orchestra partners with the Department of Education as well as schools and organizations throughout the city to distribute the free tickets. The New York Pops hopes to expand to three concerts next summer, and Reineke joked he would like to perform up to 10.