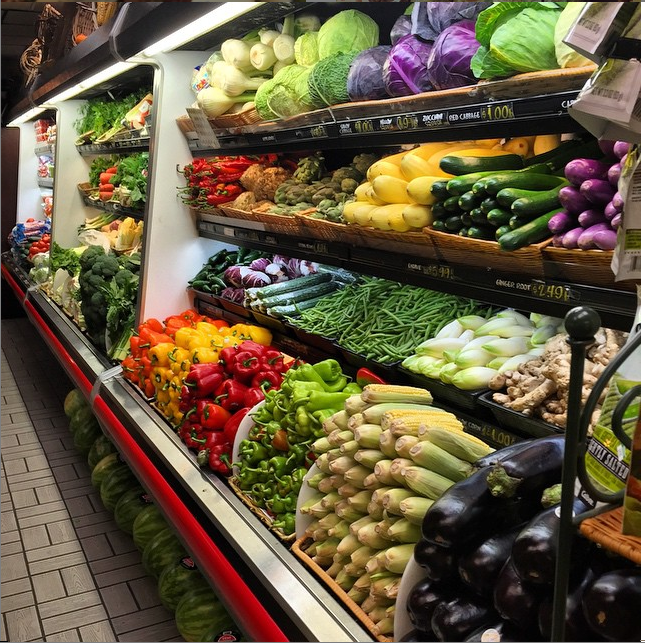 Angelo Gurino has been in business a long time, and he may have just about seen it all.

Ragtime Gourmet Supermarket is this month celebrating 38 years as a bedrock-presence in the community, with Gurino at the helm for the more than 30 of those years. Quintessentially a “mom-and-pop” operation, Ragtime’s previous owner was Gurino’s father, John; his wife, Ann Marie, helps run the store; and other family members manage the website and handle social media. The manager, Joey Williams, has been there since the beginning.

From Superstorm Sandy to the changing clientele and competition from local businesses, there have certainly been ups and downs during Gurino’s venerable tenure. He said he’s “tried a lot of different things,” including diversifying his methods of advertising, to roll with the punches that come with operating a specialty store in an ever-changing market. Compensating for downward trends comes with the territory — but is nonetheless daunting.

“After Sandy, shopping changed,” Gurino explained. “People watch every dollar they spend now. There is no more overspending.”

Ragtime was one of the first businesses on Cross Bay Boulevard to reopen after Sandy hit, though repairs totaled around $150,000, none of which came from insurance or FEMA. The store became something of a beacon of hope for residents who’d lost their homes and more to the storm, even giving out free food to those customers who came by. Gurino said that, financially, he hasn’t bounced back from Sandy’s myriad effects. In addition, the store owner explained, New York City’s various governmental departments’ increasing regulations and inspections processes have proved challenging for area businesses.

“Everything in New York is different now. Stores are getting abused by the City’s Health, Tax, Labor, and Consumer Affairs Departments, one after the other,” said Gurino. “They’ve buried half the businesses around.”

On the plus side, Ragtime offers products that other stores simply do not have. For starters, they stock over 100 salads made fresh in-house every day.

“That is the only tuna that I will eat anywhere, including homemade,” said Susan Jackson, who’s been going to Ragtime since it first opened. “When I used to work in Brooklyn, we’d come all the way back to Ragtime for lunch. When you order a sandwich there, you get a sandwich.”

Jackson also mentioned the “phenomenal cheeses” and fresh produce section, which, according to Gurino, is hand-selected daily.

“Their basil, sage, and vegetables are all top-quality. You can’t find half those things in other places,” Jackson emphasized.

Boasting the biggest volume of Boar’s Head fresh cold cuts in the neighborhood (totaling as much as 3,500 pound a week), fresh semolina three times a day, numerous specialty oils and vinegars from all over the world, an experienced butcher and meats of the utmost quality, and items that appeal to both the everyday and gourmet markets, Ragtime is indeed in a unique category of grocery stores. Yet it’s been hard to stay above water – almost literally – and Ragtime continues to look for means to avoid cutbacks and layoffs.

“My clientele base has shrunk over the years. I used to have regular customers from Ozone Park, City Line, Richmond Hill, and elsewhere. Now they’re just from Howard Beach,” said the owner, who admitted to being slightly disheartened about the current situation. Gurino, who works at least 13 hours a day, added that it’s not only other, bigger grocery stores that are taking away his business – it’s Rite-Aid, CVS, and local gas stations, too, many of which offer convenience items during the few late- night and early-morning hours when Ragtime isn’t open.

“There’s not enough [sales] to go around. I can’t compete with their prices,” he said. “We really depend on loyal customers to support small businesses like ours.”

And there are those who will continue to frequent Ragtime ‘til the proverbial cows come home.

“It’s well-recognized as the premier deli in the area, especially for lunchtime sandwiches,” said Mike Giove, a longtime local whose work takes him often through JFK. “Whenever I mention where I’m from, everyone at the airport says that’s the place they go.”

“I see Angelo every morning at 6:15 a.m. hosing the sidewalks in front of the store. That’s what I think of when I think about Ragtime: cleanliness,” said Howard Beach resident Charlie Mielo. He went on to explain that, while Ragtime’s prices could be lower, he believes that he’s paying for outstanding customer service and high-quality products.

Mielo and others touted the “incomparable” generosity displayed by Gurino, his family, and their business. Supporting local schools, civics, churches, and Scout troops has been only the tip of the iceberg for Ragtime. According to one neighborhood fan, they’ve also given toward juvenile diabetes research, Wounded Warriors, the local chapter of New York Families for Autistic Children, and numerous other charities.

“They never say no,” she said. “Maybe it’s time the community pays them back.” 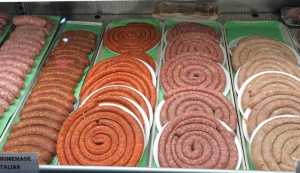 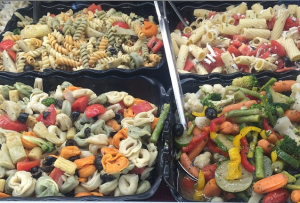 Ragtime sets itself apart from other businesses by offering top-quality meats and over 100 salads made in-house. Photos courtesy of ragtimegourmet, Instagram