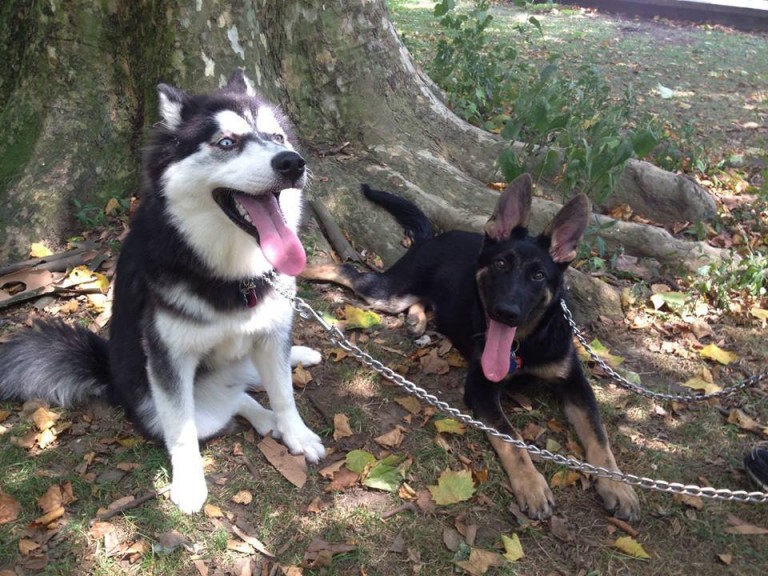 PHOTO: These pooches, who obviously already enjoy the Forest Park Dog Run, will look to make even more trips to it after it receives much-needed upgrades soon. Photo Courtesy of Facebook

The Forest Park Dog Run, a popular recreational area for man’s best friend, is getting long-awaited upgrades thanks to a $175,000 grant secured by the office of City Councilman Eric Ulrich (R-Ozone Park).

The funding is scheduled to be put toward renovations, including new fencing, signage, benches, and a possible fix for ongoing erosion issues.

“I am happy that the Forest Park Dog Run will receive this much-needed renovation,” said Ulrich, who frequents the space with his own Yorkshire terrier, Tiny. “Once completed, the dog run will be safer for dogs and the people who care for and love them.”

Although the run, located at 85th Street and Park Lane South, is on city-owned property, its’ upkeep something of a labor of love for the nonprofit K9 Korral, Inc., an organization founded 14 years ago.

Charlotte Butler, president of the volunteer-powered Korral, said that she was especially grateful for the grant after the dog run failed to garner enough votes this year on the Participatory Budgeting ballot.

“The [PB] money was spread out to schools, libraries, and call boxes to be placed around Forest Park for safety,” Butler reported.

“We were very grateful to Councilman Ulrich for getting the dog run the money,” added Woodhaven resident Ronald Niles, who was especially pleased that the money will finally help tackle the erosion problem.

Butler explained that the origins of the dog run can be traced back to when the land was originally being used as a horse corral for the NYPD Mounted Unit in Forest Park.

“When the NYPD vacated the land, the Parks Department took it over and for quite some time it wasn’t being used for anything,” Butler said.

She said that’s when Niles contacted Parks and requested to turn the land into a dog run.

“After many rejections and due to his not giving up, the Parks Department granted his request,” Butler said, adding that K9 Korral was basically born out of a Parks request that the dog run’s volunteer caretakers be named as officers for responsibility and contact purposes.

Butler also said that in the summer of 2005, Niles was given permission to expand the fenced-in field by 32 feet, making the run 180 x 80 square feet and one of the largest in the borough.

Over the years, other improvements to the dog run have included a concrete staircase leading to the open space, and a double water fountain for people and pooches.

Additionally, a traffic light was installed near the entrance of the run to help people and their dogs cross Park Lane South safely.

“We have a great bunch of volunteers who maintain the run by keeping the grass cut low and removing weeds and heavy brush…we receive memberships and donations that help a lot,” Butler said, adding that the run is a “great asset to the community that brings people and dogs together.”

“The dogs are able to get socialized and have fun doing it,” she said. “They enjoy the agility course and a pool on those hot days.”