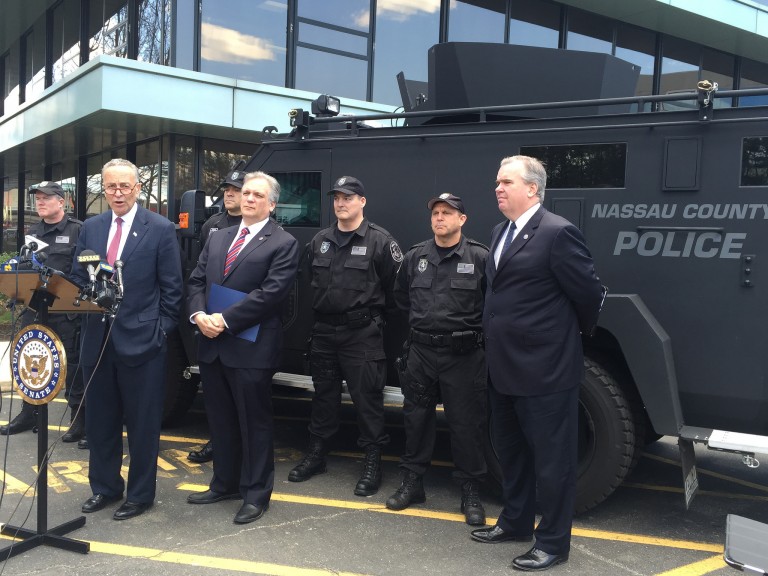 In the wake of a horrific alcohol-related car crash on the North Fork of Long Island that claimed the lives of four young women earlier this month, U.S. Sen. Charles Schumer (D-N.Y.) is pushing legislation that would accelerate the development of new technology which would prevent drunk drivers from running their car by disabling the ignition if the driver is found to be above the legal blood alcohol limit.

Schumer has co-sponsored the ROADS SAFE Act, which would employ the Driver Alcohol Detection System for Safety technology. The system uses sensors equipped with touch or non-invasive breath technology that can detect when a driver is over the legal limit in less than a second, and would prevent the car from moving. Schumer said the legislation will help adapt the new technology so it can fit into cars and be affordable for use.

“Drunk driving is a scourge that takes a toll on countless families and communities across the country and that’s why we need a new, innovative approach to keep our kids safe and our families intact,” Schumer said. “Use of sensible technology like DADSS could spare lives and families in the future. That’s why I’m putting my full weight behind this legislation and urging Congress to commit to making sure this technology is fully developed in due time. Increased funding will make sure the technology can fit into cars and be affordable for everyone to use.”

Additionally, Schumer said that existing devices, such as ignition locks, are “obtrusive” and that future technology has to be unnoticeable and extremely accurate so that it doesn’t inconvenience a sober driver. Researchers developing the DADSS technology say that it will take readings in less than one second, while meeting strict performance standards that are higher than any other alcohol detection technology available today.

The senior senator noted that the cost of the technology would equate to about $150-$200 per vehicle, according to estimates—in line with other voluntary safety systems, like automatic braking. He added that without the new law, the implementation of this “potentially life-saving technology would take even longer to implement and that in an age of new advancements each day, there is no excuse or time to waste when it comes to the acceleration of availability for this already developed anti-driving while intoxicated technology.”