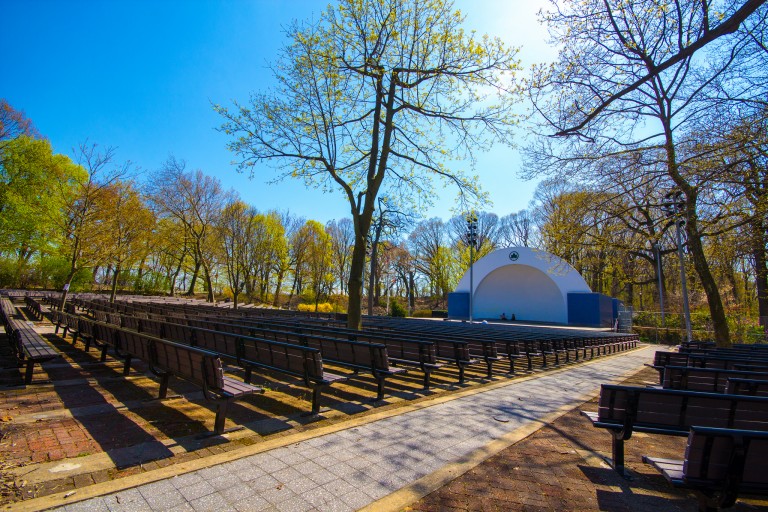 Queens Borough President Melinda Katz on Tuesday announced an allocation of $32 million of her office’s Fiscal Year 2016 discretionary capital funds for construction, renovations and upgrades across 37 public parks in “The World’s Borough.”

The funding boost includes $500,000 to install a walking path to the George Seuffert, Sr. Bandshell at Forest Park in Woodhaven.

“Parks are the jewels of our neighborhoods,” Katz said. “Part of what defines Queens’ trademark quality of life—especially for the 2.3 million residents throughout our diverse communities—is the ample access to beautiful public parks and open space. This substantial capital investment is intended to help enhance our parks to be better enjoyed year-round by millions of children, seniors and families.”

Some other notable allocations include: $2 million to upgrade to existing benches and equipment in Norelli Hargreaves Park in Jamaica; $3 million for the preservation of the New York State Pavilion in Flushing Meadows – Corona Park; $2 million to renovate the asphalt field at the World’s Fair Playground in Flushing Meadows – Corona Park; $1.6 million to resurface the baseball field and upgrade the play equipment at Vleigh Playground in Flushing; $1.5 million to upgrade the running track and athletic court at Baisley Pond Park in Jamaica;  $1.5 million for turf and track upgrades at Roy Wilkins Park in Jamaica; and $300,000 to support the borough’s Tree Stump Removal Program.