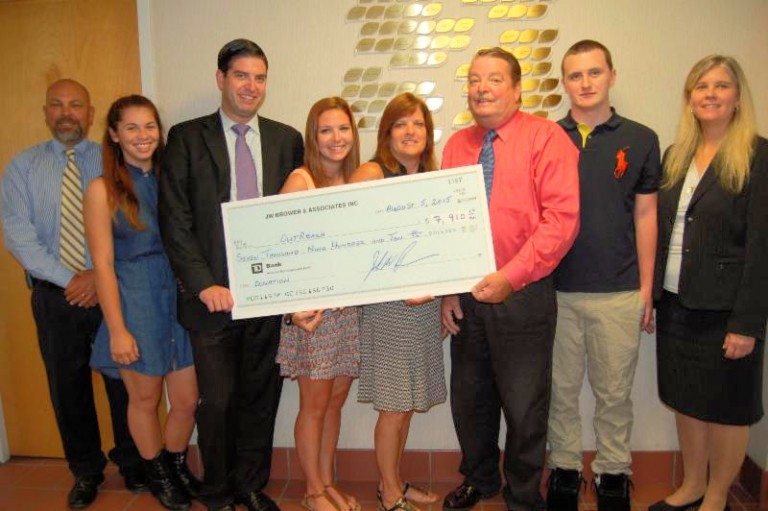 A family that owns and operates a borough accounting firm has decided to turn tragedy into charity.

Jody and John Brower lost their son, John, Jr., 25, to a drug overdose in June 2014. They had tried to get help for John, who had been in rehab a number of times, but he succumbed to one last relapse.

After learning about Outreach, a Richmond Hill-based nonprofit organization that provides residential and outpatient substance abuse programs and services, the Browers knew what their next step had to be: raise funds for Outreach, so it can help families in John’s name.

Indeed, in lieu of flowers for John’s wake and burial, the family suggested donations to Outreach.

“Our family feels nobody should have to go through this. There have to be answers to this epidemic; there has to be the right kind of treatment for those who are addicted,” John Brower, Sr. said.

To date, according to Outreach, the Brower family has donated more than $16,000 to the organization, and they’ve indicated that they want to do a lot more via the John Brower, Jr. Foundation they established.

John Brower, Sr., who runs JW Brower & Associates, Inc. accounting firm with offices in Astoria and Jericho, pledged to donate $10 to Outreach from every 2015 tax return he completed.

John’s siblings, Kristen and Robert are also involved, as are numerous extended family members and friends, in various fundraising efforts.

Robert, 29, who works at the firm, organized the foundation that bears his late brother’s name. Kristen, 21, established a walk at Towson University in Maryland where she is a student and raised hundreds of dollars.

The next fundraising event planned for the foundation is The John Brower Jr. Memorial 5K Walk at Jones Beach to benefit Outreach on Saturday, Oct. 10.

The family said that other activities are being planned for what they hope will become a national charity foundation.

“We’ve pledged to continue this fight as long as we can so the drug problem can be highlighted,” said Brower. “Someone has to step up and do something about addiction.”

To make a donation, visit johnbrowerjrfoundation.org.