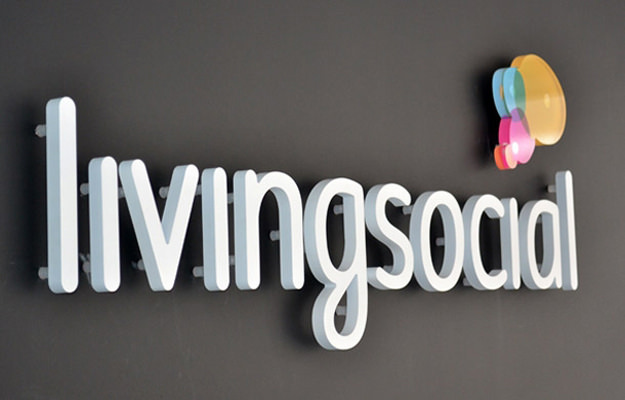 PHOTO:  LivingSocial, one of the three most popular deal sites, usually gives 10 percent off the first deal clicked on, for ten minutes.  Photo Courtesy of ORSVP NYC/Flickr.com

Last week we introduced you to deal sites that allow customers to purchase vouchers to restaurants, spas, and other businesses at a discounted rate. The three most popular sites (which also have affiliated smartphone apps) are Groupon, LivingSocial, and Amazon Local. All three have something to offer, and since they’re competitive, seem to constantly be in a race to set themselves apart from the others. Groupon, with its every-other-day discount codes, tries to give you the best price; LivingSocial sells a unique “experience” and has a warm customer service approach via social media; Amazon Local…well, Amazon sells everything else, so why not vouchers to local establishments, too?

Indeed, we have seen that Groupon often offers the best prices. A recent look at the same exact gel manicure deal at M&M Studio in Manhattan showed a Groupon price of $22 before a 15 percent off code was applied, while LivingSocial was selling it for $29. Even with a special “frequent buyer” LivingSocial discount of 25 percent off, Groupon remained the “best price” winner. When asked about this specific comparison, LivingSocial’s Senior Communications Manager Christie Ly said, “The pricing really varies and is based on a number of criteria, including the merchant’s marketing or business objectives.”

While it’s not clear how M&M’s marketing objectives would cause the base price to fluctuate by $7 between Groupon and LivingSocial, this discrepancy does seem to be an exception to the rule. Generally, the base prices are exactly the same. But Groupon can be quicker on the discount-offering draw, with theme sales such as all fitness deals for 15 percent off one week, all Groupon goods (merchandise to order) at 10 percent off the next. Codes are also sent to select frequent buyers, and app users sometimes get special deals just for ordering via the app.

The two diamond rings shown here were purchased on Groupon and received within 10 days of placing the order. The larger of the two, set in silver, was 39.99, and the smaller, set in 10K white gold, was about $50. Gel manicure (one week old) was also purchased via Groupon for less than $20. Forum Photo by Eugénie Bisulco

LivingSocial, while it carries many of the same local restaurant and spa deals, is more likely to have something the other two sites do not. For example, a recent search for “wine class” for a would-be sommelier yielded a number of online course offers on Groupon, and a wine making class on Amazon Local, along with several wine tasting options on both – but LivingSocial was the only site to actually offer in-person wine classes taught by sommeliers or other experts. As previously mentioned, LivingSocial is by far the most customer service oriented of the three. And of the three, it was the only site to respond to requests for press information for this series.

If you’re looking for something in particular, it’s best to keep your options open and check all three sites. You can buy almost anything at a discount (found recently: flower bulbs and iPhone chargers), and you can also leverage deal prices to get bargains directly from merchants. Say you check Amazon Local, and a haircut in Forest Hills is $25. Call up the salon and offer $20. We’re not saying it will work – but it might, because the salon will actually make more money than if they have to give 50 percent or so to the site. If you don’t need a cheaper price, paying the (already discounted) $25 gets you the protection from Amazon Local, who will ostensibly protect your purchase if something goes wrong. Then, if you like the service and no longer need the third-party liaison, offer to buy a package at a price you’re comfortable with. Everybody wins.

Get on the mailing lists of the sites, and you can expect to be sent offers from time to time, even if and sometimes because you never make a purchase. Every site has an appeal. On LivingSocial, the first deal you click on is almost always available – for ten minutes only – for ten percent off.

Open each deal up so that you see if the merchant has anything else. For example, if you search “kickboxing” and an offer comes up for $15, don’t purchase it without looking at the details. Actually, it’s two possible deals: in Howard Beach or Ozone Park, for example, you can buy five kickboxing classes for $15, or you can buy 10 for $25. Pay attention to expiration dates, because some are shorter-term offers than others, and refund policies. Bear in mind also that not everyone labels things you the way you might; putting in “gel manicure” might not turn up deals for “shellac” manicures, which are the same thing. Keeping your searches broad will increase the likelihood of finding the best options for you.

Gina’s Dance Studio’s of Ozone Park offers 20 mix-and-match fitness classes for $53 via Groupon. Wait for a (frequent) sale on the site, and the deal can be had for 15 to 25 percent off. Photo courtesy of groupon.com

For more information about Groupon, LivingSocial, and Amazon Local, and reviews of specific deals, check out next week’s issue of The Forum.