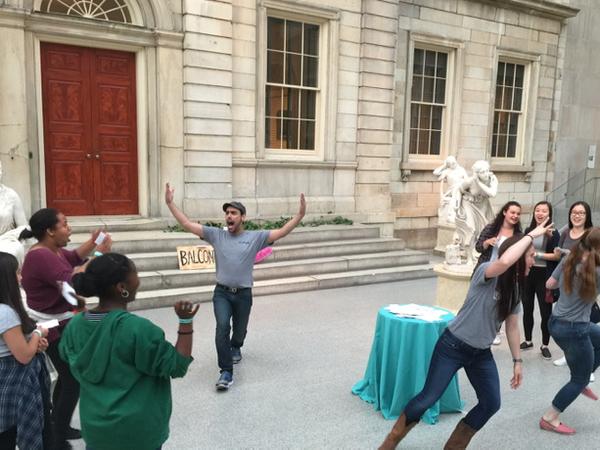 The Queens Library announced this week that it is set to team up with TITAN Theatre Company for “Shakespeare in Queens” an outreach program that will present staged readings of the entire canon of the Bard’s plays at branches throughout the borough.

Beginning with “Much Ado about Nothing” on Oct. 5 at the Forest Hills Library, the project will bring the Bard to Queens residents, free of charge.

Additionally, according to the Library, “Talking Shakespeare” discussions will be held periodically at the Flushing branch. Once all the plays have been read, TITAN will ask borough residents to vote for their favorite and then they will produce the winner at Queens Theatre in Flushing Meadows Corona Park.

“We could not be happier or more excited about this project!” said Lenny Banovez, artistic director of TITAN Theatre Company. “As TITAN begins to grow and transition from a producing entity into a true theatre company, we felt it was time to give something back to the community that has given so much to us. The residents of Queens, and the great people at the Queens Libraries, have truly embraced TITAN, and this is a great way to bring our work to an amazing community and to team up with a wonderful organization.”

TITAN Theatre Company began performing in 2009 in a Tex-Mex bar and restaurant in Long Island City.  Since then, according to the company, it has performed takes on Shakespeare’s “King Lear,” “A Midsummer Night’s Dream,” “Henry V,” “Romeo and Juliet,” “Hamlet,” “Love’s Labour’s Lost,” and “Macbeth.”