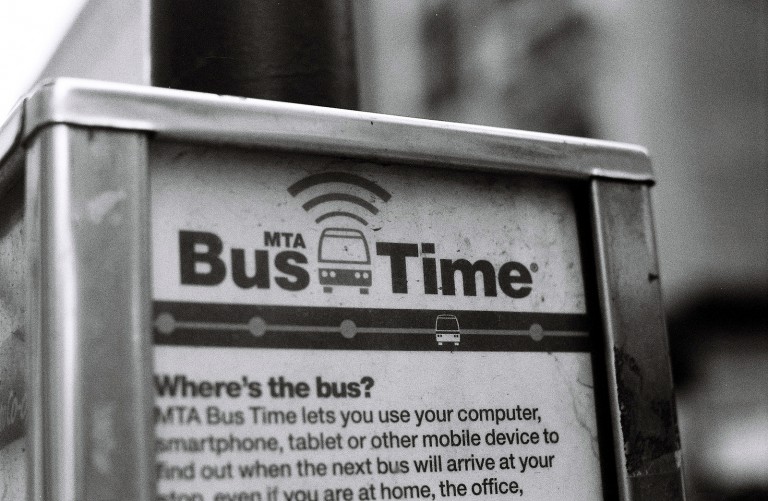 Starting Oct. 4, Metropolitan Transportation Authority New York City Transit’s MTA Bus Time™ service will offer a new feature that provides time-based bus arrival estimates in addition to distance-based information at any given stop citywide, which, according to the agency, will allow customers to see when their bus will arrive and help them plan trips more efficiently.

The new feature gives customers a time-based estimate of a bus’s arrival at a queried stop. Previously, MTA Bus Time™ users tracked buses based on distance between a queried bus and the customer’s current location, either as a number of stops away or a distance in miles. Time-based estimates take into consideration multiple factors that can affect the arrival time of a bus, including schedule, historical travel times over the same distance in the month prior, and current traffic conditions. If those conditions change, MTA Bus Time™ automatically updates the prediction.

Launched in June, Bus Time™, New York City Transit’s live bus tracking service, is available as a desktop service on the MTA website and as a free downloadable app for iOS and Android smartphones. As part of that launch, the MTA improved the service by offering user-friendly features such as a map-based street grid view that shows buses moving in real time, automatic displays of nearby bus routes, and time-based arrival estimates that were available to pilot-program Bronx bus routes only.

“It’s like having a countdown clock for your bus in your pocket. We’re excited to expand the time-based predictions on MTA Bus Time™ to all the remaining boroughs of the city,” said Darryl Irick, president of MTA Bus and senior vice president, NYC Transit Department of Buses. “This feature was available to Bronx-based customers for the last four months and we received lots of positive feedback and requests for expansion, and we are happy to oblige.”

In addition to the app, MTA Bus Time™ is available on any web-enabled smartphone or desktop computer at bustime.mta.info; on a cell phone through text messaging 511123 with a bus route code or intersection information; or on a smartphone with a QR code reader by scanning the bus stop’s QR code.