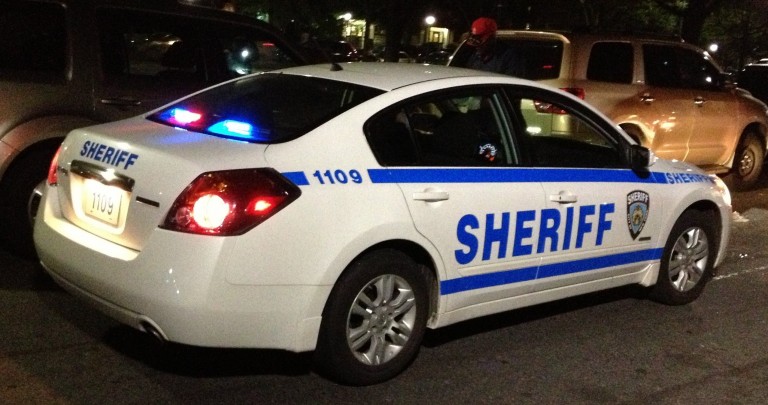 PHOTO:  The Deed Fraud Unit of the Office of the City Sheriff helped to conduct the investigation.  Photo Courtesy of YouTube

A Laurelton man has been indicted for illegally transferring the deed of an elderly Manhattan woman’s family home and stealing the property by locking her out and taking possession of the Laurelton property between May and December 2014.

Beatty was released after posting $25,000 bail following his arrest in October 2014.

According to the charges, Beatty filed a deed transfer with the city on or about March 6, 2014. On this document, the previous owner’s name was listed as Edith Moore. At no time, however, has anyone with that name owned the property, Brown said.

The true owner of the property, according to Brown, is Jennifer Merin. Her family purchased the home in 1930. The homeowner, who currently lives in Manhattan, didn’t realize anything was amiss until she received an increased water bill in May of 2014.

According to the charges, Merin went to the 141st Avenue house and noticed that the locks had been changed and the garage door appeared to be broken. The car she stored in the garage was gone and instead the space was filled with furnishings and other possessions that had been in the house—many of the items broken and damaged.

According to the charges, Beatty went to National Grid in June of 2014 and requested service. At that time, the defendant allegedly produced identification with the 141st Avenue address along with a notarized deed stating that in March of 2013 he had purchased the property from someone named Edith Moore.

If convicted, Beatty faces up to 15 years in prison.