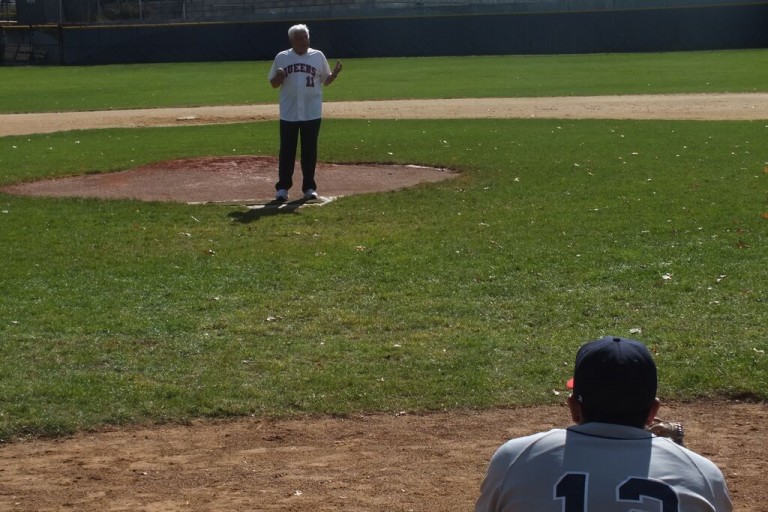 Queens College last Saturday honored one of its most distinguished alumni by naming the school’s baseball field after him.
Following a naming ceremony during Homecoming Weekend, the Knights’ baseball field became Hennekens Stadium, in honor of Charles H. Hennekens, M.D. (Class of ’63), who also recently made a generous gift to the Flushing CUNY school.
Hennekens excelled in the classroom, and varsity basketball and baseball at Queens College. He is the first and only inductee in both the Achievement and Athletic Halls of Fame in the history of the school.
Dr. Hennekens was ranked No. 81 by Science Heroes for “Most Lives Saved in History” for discovering that aspirin prevents a first heart attack and can prevent death when given during or after a heart attack. That aspirin therapy has saved over 1.1 million lives.
After the new stadium sign was unveiled on Saturday, Hennekens tossed the ceremonial first pitch for a QC baseball team scrimmage.