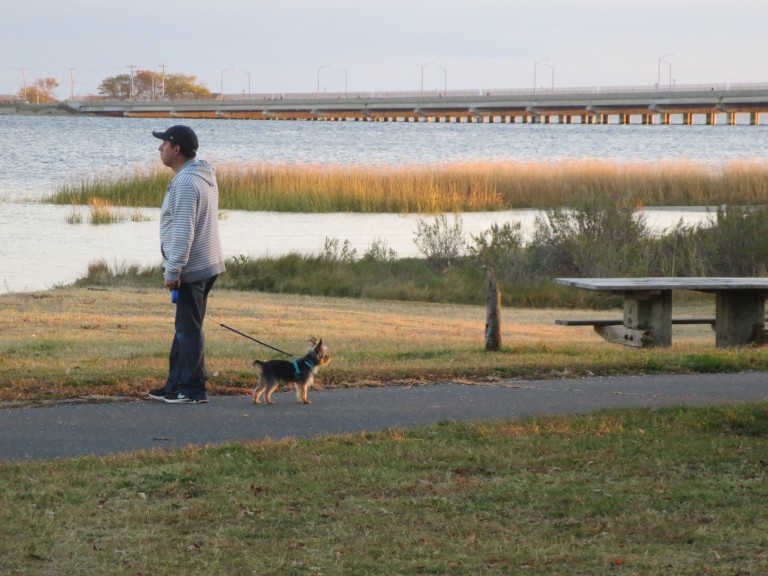 However, the state of the Gateway National Recreation Area parcel has been steadily improving, thanks to the efforts of several grassroots groups, area politicians, and the National Park Service.

“This is a project that the community has really come together over,” said Joann Ariola, president of the Howard Beach-Lindenwood Civic.

Back in July, The Forum reported that “Two Girls on a Mission,” sisters Sheri Volkes and Debra McCann, frustrated with deteriorating conditions, collected signatures for a petition to clean up Charles Park. To date, they have compiled more than 500 signatures.

Ariola said that the community has worked with a variety of organizations, from Eagle Scouts to the NPS to help clean and beautify the 165th Avenue green space.

“We contacted local elected officials about the park and we got the NPS to put the park’s upkeep on its priority list,” she said, adding that renovated ballfields and the children’s playground remain areas in need of upgrades.

“But,” Ariola added, “maintenance at the park has improved and NPS has been helpful in having a dialog with the community about issues.”

Daphne Yun, a spokeswoman for NPS, said that “Gateway has worked diligently over the years to keep Frank Charles Park, as well as the rest of the park, clean and attractive for our public.”

Yun said that NPS has worked with various community groups to keep park facilities such as tennis courts, ball fields, a bocce ball court, picnic areas, as well as access to water activities, properly maintained for public use.

“I was pleased to recently join with the National Parks to make vital repairs to the softball fields at Charles Park and meet with local residents concerned with the park’s overall upkeep,” Goldfeder said.

Yun added that volunteer groups helped to trim bushes, clear debris, and plant a milkweed garden for pollinators such as bees and butterflies.

State Sen. Joe Addabbo, Jr. (D-Howard Beach) noted that while Charles Park, as a federal green space, will always be competing with major sites across the country, such as Yellowstone National Park and the Statue of Liberty, he acknowledged the work that area groups have put in to help maintain the park.

“Local Howard Beach volunteers, such as the boy scouts and the civics, have helped greatly with clean-ups and upkeep,” he said. “I’m very grateful to our local volunteers.”

Howard Beach resident Jennifer Verdino said she’s been coming to Charles Park for more than a decade, and despite some recent complaints of poor upkeep, things have improved.

“There are new signs here telling people not to start fires, or barbeque,” Verdino said. “There is also a greater presence of park police and the ball fields were recently painted with lines.”

Walking with her daughter, Verdino added, “This is the cleanest I’ve seen the park in a long time.”