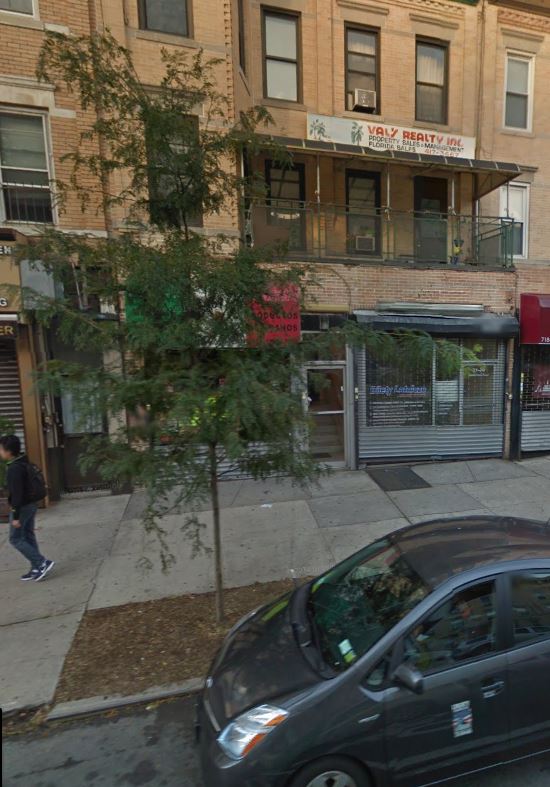 PHOTO:  Dariusz Buczynski, who has been charged with defrauding undocumented immigrants, is the owner of Anka Travel and Consulting Services, formerly located at 71-20 Fresh Pond Rd. (storefront with no awning) in Ridgewood. Photo Courtesy of Google

A Ridgewood travel agent who allegedly bilked an undocumented alien out of thousands of dollars in return for purportedly procuring legal immigrant status for the individual has been charged with perpetrating a similar scheme on a dozen other immigrants after Queens District Attorney Richard Brown urged members of the public who believed that they may have been a victim of the agent’s alleged scheme to call his Office of Immigrant Affairs.

Dariusz (a.k.a. Darius) Buczynski, 44, according to Brown, is the owner of Anka Travel and Consulting Services. He was arraigned last week on a criminal complaint charging him with third-degree grand larceny and first-degree scheme to defraud. Buczynski, who faces up to seven years in prison if convicted, was released on his own recognizance and the case was adjourned to Dec. 15 to join the related matter.

According to the criminal charges, three couples separately went to Anka Travel, met with Buczynski and asked for assistance in securing government documents granting legal status, including work papers and legal resident status. At various times between Oct. 17, 2009, and Feb. 15, 2013, Brown said, they allegedly paid him a total of $27,840, although none had received any documents or letters from the U.S. Immigration Service regarding any application for legal status or work authorization.

A review of immigration application filings by the United States Department of Homeland Security, Immigration and Customs Enforcement allegedly revealed that no applications for legal status or work authorization had been filed on behalf of any of the couples. When the three couples individually demanded the return of their money, it is alleged that Buczynski either did not return phone calls and texts or simply told them that he no longer had the money. Nine other individuals also made similar allegations against the travel agent.

Brown stressed that immigrants who have been victimized and are undocumented should not be afraid to come forward, as his office is not concerned with their immigration status in this country and does not report their status to any outside agencies.