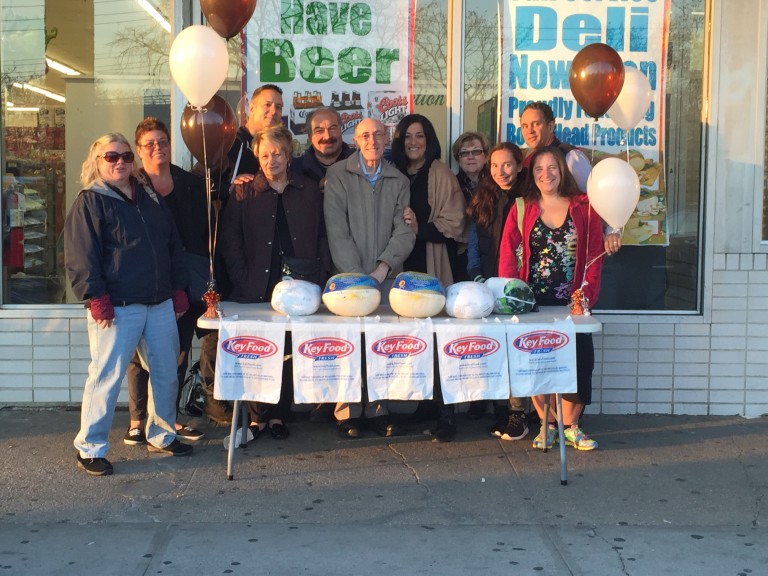 Visitors to the Howard Plaza Shopping Center finally enjoyed some peace and quiet on Tuesday.

For the first time in days, they were not met with oversized inflatable vermin, coming first in the form of a rat and then later a cockroach, or the group of striking union workers from Local 342, the Amalgamated Meat Cutters/Wrappers, on the way to their neighborhood haunt.

Last week, its Director Kelly Egan, launched what has turned out to be an unwarranted campaign against the Key Food Cooperative members who own and operate the new Key Food supermarket in Lindenwood, which replaced long time community supermarket, Waldbaum’s, a month ago.

Egan claimed that the supermarket unjustly fired two long term employees and replaced them with “scabs” in order to save money. But the Key Food owners have answered those allegations and demonstrated them to be false by proving the workers that were justifiably relieved of their duties were in fact replaced by other union workers.

Despite the turmoil caused by the striking workers, who repeatedly made attempts to deter customers from entering the store, cousins Frank and Gilbert Almonte have not let the negative tactics of the union stunt their workdays or progress at the store. “Sometimes it’s very hard for people to accept change,” said Frank Almonte, speaking to a crowd gathered outside the store for a turkey giveaway organized by the Lindenwood/Howard Beach Civic and sponsored by Key Food.

“We are moving forward and concentrating on the wonderful plans we have for this store and this community. We want the same personal relationships here that we share with our customers on Cross Bay Boulevard.” 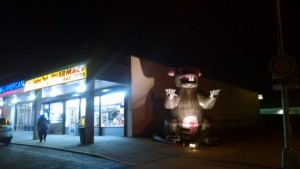 In a phone interview with Egan on Monday night, the Director of Local 342 continually touted the supposed success of her campaign outside the store.

Egan persistently maintained that the store was suffering a devastating loss at the cash registers because of the popularity of the fired workers and how management had treated them.

She also claimed that other stores in the mall were supportive of the union efforts. But one Dunkin’ Donuts employee didn’t lend any support to that theory. “What the union is doing here is very bad. They are making all the customers very uncomfortable. Everyone is complaining. I mean, who wants to look at a giant roach and then sit down to eat?”

Long lines at checkout counters, shopping carts brimming over with groceries, a full parking lot, and brisk sales inside the store all punched holes in Egan’s claims about the union efforts.

The community has welcomed the long-awaited changes Key Food has brought with great enthusiasm. Enthusiasm which the shoppers say is well deserved. “They came here and did an outstanding job of taking a rat hole and turning it into a great place for us to shop,” said Joe Bittucci, who has been patronizing the store for twenty-seven years. “It’s never been as good as this. Never.”

And if Bittucci and his neighbors think this is it, “they haven’t seen anything yet,” said Frank Almonte, behind a huge grin.

Getting serious, he detailed the $5 million plus renovation plan for the 26,000 sq. ft. property, which will begin in January.

“We cannot close the store down and leave the community stranded — but we will get it done.” Almonte said that a greatly expanded produce department, brand new deli, bakery, dairy, and a “real-deal” fresh fish department are all included in the overhaul that begins in a little over a month.

And so it seems that Key Food management and its customers are all on the same page, ostensibly leading to a supermarket that will make money for its owners and keep its customers satisfied.

As far as the unions are concerned, Frank Almonte says that although this is the first time his family has purchased a supermarket run with union labor, he well understands the premise of unions. “To me, a union means brotherhood. It means taking care of your employees. At every store owned by the Almontes, we’ve always had a union with our employees — it’s called family. I don’t need picket signs to remind me to respect my employees.”