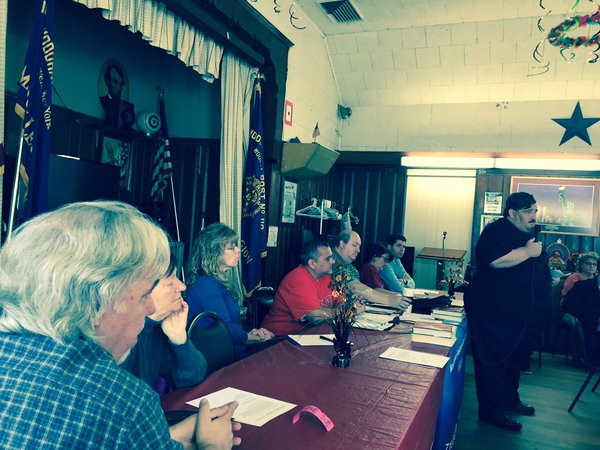 Just days after a Woodhaven civic organization discussed new ideas to tweak the design plan of the Woodhaven-Cross Bay Corridor Select Bus Service Project, state Sen. Joe Addabbo, Jr. (D-Howard Beach) announced on Tuesday that the city Department of Transportation has agreed to pump the brakes on the plan and hold more meetings on the matter next year.

“Since this plan was announced, I have stated that the changes DOT and MTA are looking to make must have our community’s best interest in mind,” Addabbo said. “I don’t want Woodhaven-Cross Bay Boulevard to be even more congested, or residential streets becoming dangerous with traffic looking to bypass the main road, nor local businesses located on streets   such as Jamaica and Liberty Avenues suffering due to the implementation of a ‘no left turn’ rule. We have been very vocal with our hesitations regarding this SBS proposal, and I am truly grateful that both DOT and MTA have listened to our concerns and are willing not to rush the project along, while we continue to work on a plan that benefits not only bus riders, but drivers, pedestrians, businesses and the surrounding communities.”

Three days after the WRBA meeting, Addabbo said he was “glad to announce” that, following months of feedback and concerns from the public and elected officials, DOT has agreed to consider the plans further and hold public open houses and meetings with local stakeholders on the issue in 2016 for it to gather more information.

The DOT-MTA design proposal has been met with varying opinions from residents who live near the Woodhaven-Cross Bay Boulevard corridor, those who ride the buses, as well as those who drive the roadway frequently.

DOT originally planned to hold a series of open house meetings this fall to gather public input on the project. As a result of numerous requests, these meetings will now begin taking place in 2016, while the city continues to look for ways to amend its SBS plan.

“There are many communities in Queens that are in need of improved public transportation, and my district is no different, but these improvements should not come at such a high cost to residents and businesses,” Miller added. “The SBS plan put forth by the city is a questionable solution to our transportation woes, and I am glad to see that our voices are being heard. I thank DOT and MTA for making an effort to compromise on this proposal and look forward to continuing to work with the agencies, as they hold open houses and gather more valuable input from the public.”