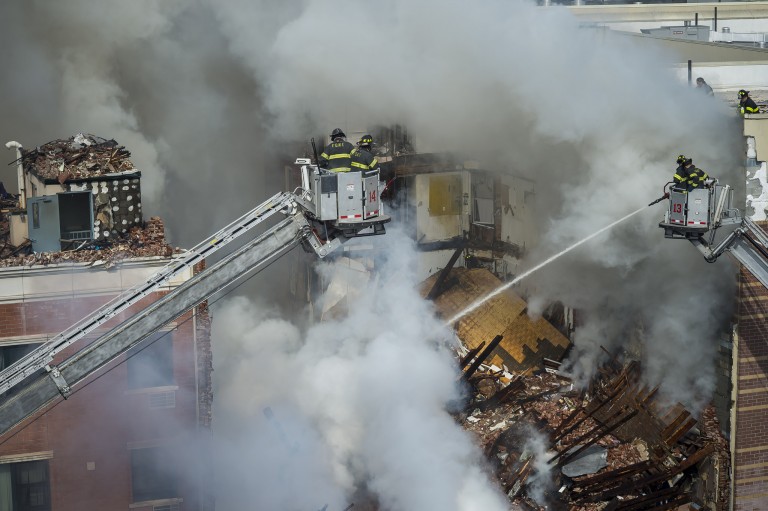 Goldfeder raised his concerns at a joint public hearing held by the Assembly Committee on Corporations, Authorities and Commissions; the Committee on Energy; and the Subcommittee on Infrastructure last Friday in Manhattan to evaluate efforts by utility companies and city and state officials to improve safety following the 2014 East Harlem blast that killed 8 people and injured 48.

During a question and answer session, Goldfeder asked state Department of Public Service representatives and city officials from the Department of Environmental Protection about steps to improve inspections and quality control to aging infrastructure around the city. According to state regulators, the agency is working to improve gas safety audits by adding new safety metrics into periodic performance reviews. The state is also working closely with utility companies as work continues to repair leak-prone piping, officials indicated.

“In Queens and the outer boroughs we often feel like we’re getting the short end of the infrastructure stick,” said Goldfeder, a member of the Corporations, Authorities and Commissions Committee. “When you think about the families that faced outages for weeks after Sandy, gradually replacing utility lines is more than frustrating. We need to ensure that gas and sewer lines in Sandy-devastated communities are inspected and replaced to prevent the kinds of problems we’ve seen.”

DEP officials told Goldfeder that the agency has made “considerable upgrades” to water and sewer infrastructure. While Goldfeder said that officials acknowledged his concerns regarding Sandy damage and the unique nature of infrastructure in coastal communities, they explained that a majority of communities have seen improvements in recent years.

The hearing followed a June report by the National Transportation Safety Board citing a defective plastic connecting joint and eroded subsoil as causes of the 2014 Harlem explosion. According to the report, improper welding and cleaning and surface preparations by Con Edison contractors contributed to the blast. The report also found that DEP learned in 2006 of a sewer main breach that washed away subsoil supporting the pipe, contributing to its rupture.

“Our families deserve accountability,” Goldfeder said. “More importantly, they deserve to know that city officials and utility companies are doing everything in their power to prevent future incidents.”