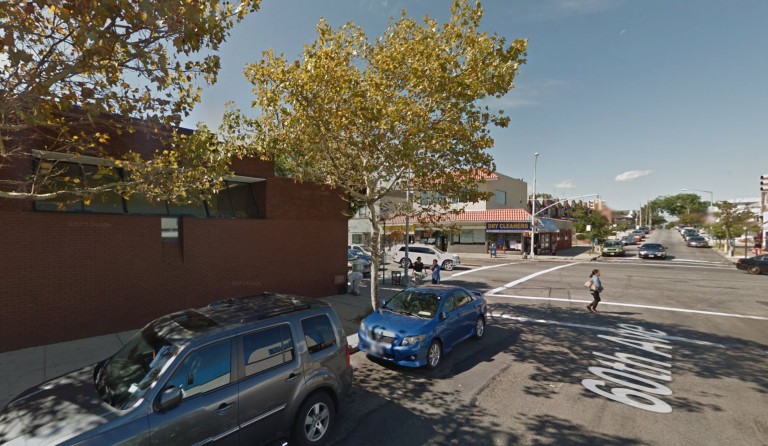 PHOTO:  One of the alleged assaults occurred on Main Street near 60th Avenue. Photo Courtesy of Google

A Flushing man has been charged with sexual abuse for forcibly touching two teenage girls and a young woman last month in the vicinity of John Bowne High School, just a few blocks from where he lives, according to Queens District Attorney Richard Brown.

Sagheer Rehman, 25, was arraigned last Friday on three criminal complaints in which he is variously charged with first-degree sexual abuse, forcible touching and endangering the welfare of a child. Bail was set at $22,500 cash or $30,000 bond; at press time, it had not been posted and Rehman remained on Rikers Island. His next court appearance is scheduled for Dec. 18.

According to the charges, Rehman approached a 16-year-old girl on Main Street near 60th Avenue on the afternoon of Nov. 17, and asked if she’d like to see his guitar. The teen agreed and walked to the rear of a nearby house with Rehman. Once behind the house, he allegedly squeezed the girl’s butt as she pushed him away and screamed for help.

And just a half hour later, Rehman allegedly walked up to a 23-year-old woman on Main Street near 58th Road and asked if she attended the nearby high school. He also allegedly asked for a hug. The woman declined the hug, and Rehman then allegedly grabbed her breast and fondled her. When she pushed him away, Rehman allegedly threw her onto the lawn of a residence on 58th Road and continued to squeeze her breast while rubbing his crotch against her backside.

Rehman, according to the complaints, allegedly told police that he did approach females and asked if they attended Bowne. He allegedly admitted to asking for a hug and said if he touched their butt or breast or any other place that it was by accident.

“These are serious allegations,” Brown said. “Teenagers and young women shouldn’t have to worry about a stranger walking up to them and then touching them in an inappropriate way.”

Brown encouraged anyone who may have been a victim of abuse of this nature to contact his office’s Special Victims Bureau at (718) 520-9277.

If convicted, Rehman faces up to seven years in prison.