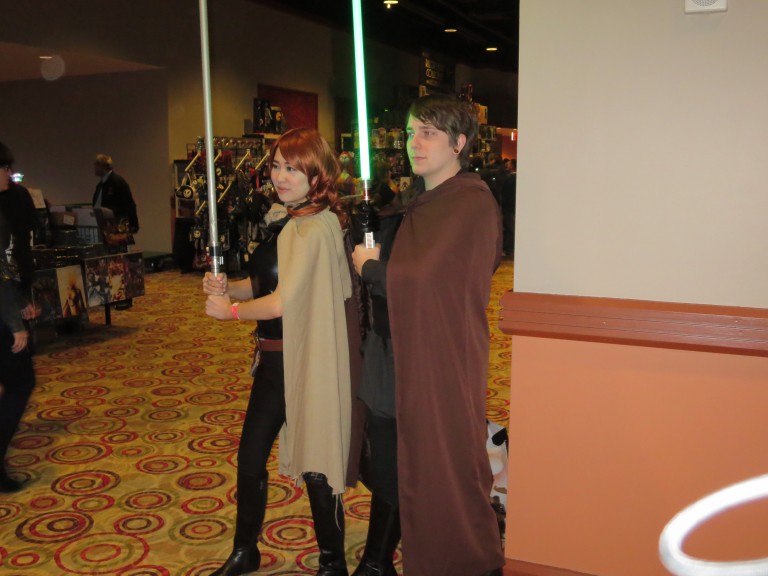 Event promoter Frank Patz, who also produces Long Island’s annual Eternal Con, said that Winter Con’s lineup of celebrity guests/vendors, gaming tournaments and costume contests was a huge success, with attendance hovering around the 8,000 mark for both Saturday and Sunday.

“We had a much larger turnout [than last year] as far as dealers, artists, and attendees,” Patz said. “The show seems to be growing very fast.”

And, as “Episode VII – The Force Awakens” prepares to hit theaters, Star Wars fandom was a major theme at the expo, with the original Boba Fett from “The Empire Strikes Back” and “Return of the Jedi,” Jeremy Bulloch, and young Boba Fett from “Attack of the Clones,” Daniel Logan, greeting fans as part of a high-powered celebrity guest list.

Fans Tina Yao, 30, and Elijah Catrone, 25, both of Rego Park, dressed as characters with lightsabers, noting that their first Winter Con experience was “much more chill and spaced-out, and not as commercial,” as the larger and better known NYC Comic Con.

Because it’s a smaller show, Yao said “you can get really good deals here.” Catrone added that even though they are both big Star Wars and sci-fi fans overall, “you don’t have to be a nerd to enjoy the show.”

“There is something here for everyone, whether it’s Street Fighter or Star Wars—whatever you’re into,” he added.

“Everyone is in a really good mood here and you don’t need to be a superfan. It’s a great weekend getaway,” Yao noted.

Fans of Queens-based prank phone callers the Jerky Boys were treated to a special appearance by actor and voice-over artist Johnny Brennan, who also lends his vocal talents to the animated series “Family Guy.”

“I did this show last year and the people were very nice and the fans are always awesome,” said Brennan, who was a long-time resident of both Astoria and Middle Village.

He went on to explain that while he has only done about seven or eight Comic Con shows since 2008, he has run into “die-hard fans for at least the last three decades” on the street. 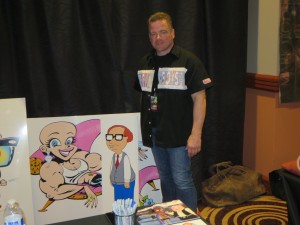 “New fans are constantly being turned onto the Jerky Boys via YouTube,” Brennan noted. “The Jerky Boys are still huge after all these years.”

Most fans agreed that Winter Con is growing in popularity.

“This year’s Winter Con was bigger and more crowded than last year’s; everybody was having a great time,” said Brian Gerrity, a sci-fi fan who lives in Manorville, Long Island.

“Winter Con is a superb kick-off to the holiday season,” he added.