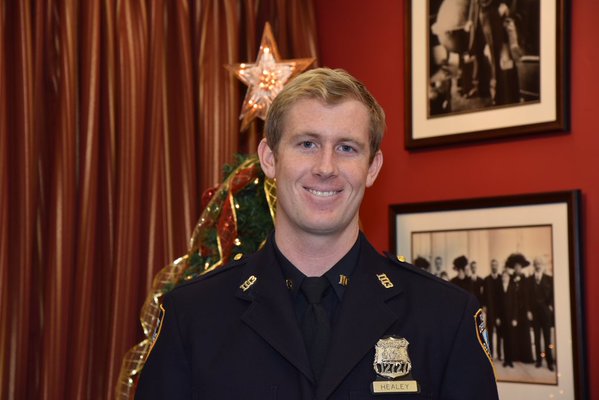 Healey, 25, was critically injured in October 2014 when a self-radicalized Islamic extremist – armed with an 18-inch hatchet and bent on committing an act of terrorism – charged at him and three fellow officers on Jamaica Avenue.

Healey, who was a rookie at the time, suffered massive head wounds, while the attacker was shot and killed at the scene.

“An early Christmas gift for the NYPD as we welcome Officer Ken Healey back to work,” said Police Commissioner Bill Bratton.