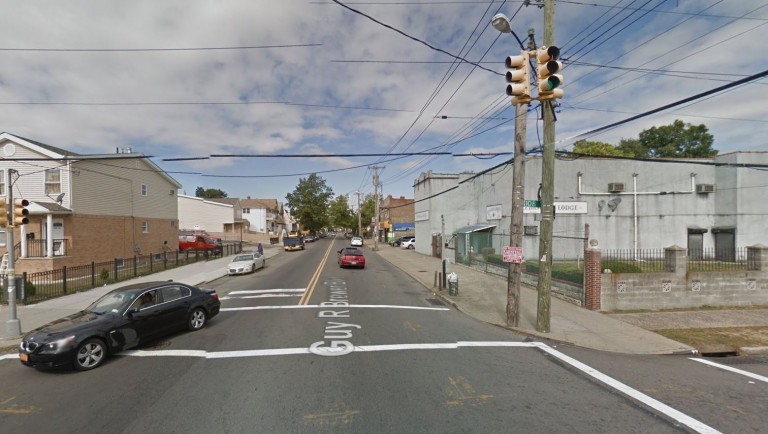 PHOTO: An expectant father of three children was gunned down the day after Christmas as he and his pregnant girlfriend were walking on Guy R. Brewer Boulevard near 108th Avenue​. Photo Courtesy of Google

A Jamaica man has been charged with murder for the fatal shooting of a father of three, who was gunned down shortly after dawn on Saturday, the day after Christmas, in front of his pregnant girlfriend, according to Queens District Attorney Richard Brown.

Neon Osouna, 35, was arraigned last Thursday on a complaint charging him with second-degree murder and two counts of second-degree criminal possession of a weapon. He was remanded in Department of Correction custody, and as of Wednesday afternoon remained on Rikers Island.

According to the complaint, Osouna, along with another man who has not been apprehended, shot 35-year-old Donald Reed multiple times as he walked with his pregnant girlfriend on Guy R. Brewer Boulevard near 108th Avenue around 6:40 a.m. The woman was not injured in the attack. Reed was pronounced dead at Jamaica Hospital Medical Center.

A police source told the New York Daily News that the shooting was a drug-related “targeted hit.”

“This is yet another example of the senseless gun violence plaguing our city,” Brown said. “What should have been a joyous holiday season for a family is now filled with grief and mourning for their loved one. The defendant is charged with showing a total disregard for life. If convicted he faces life in prison.”

Osouna’s next court appearance is scheduled for Jan. 13.