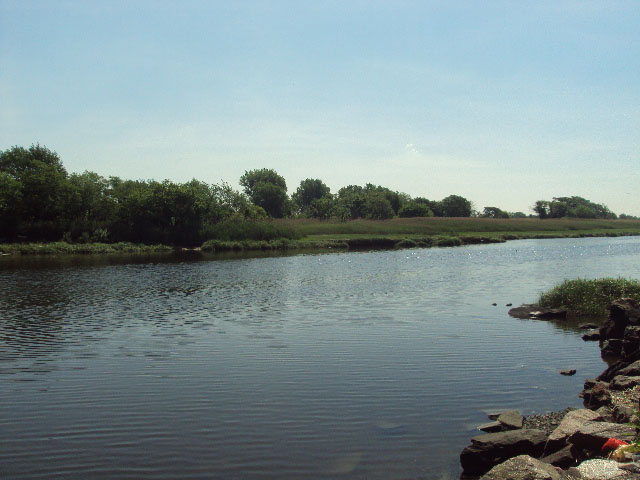 The DEC will gather samples over the next six weeks as part of the Spring Creek South Storm Protection and Ecosystem Restoration Project.

According to Addabbo, the agency will have crews at the intersection of 165th Avenue and 87th Street and at 164th Avenue and 83rd Street to amass samples of soil that will be tested for potential contamination.

The project, funded by FEMA, will give insight into the development of protective berm, set to begin in 2017, to help protect against flooding and other storm-related issues.

An elevated berm, according to the University of Minnesota, is a mound of earth with sloping sides that is located between areas of approximately the same elevation. Berms, in part, help to direct drainage.

“Any project aimed at storm recovery and resiliency is always welcomed in my district,” Addabbo said. “In 2012, when [Superstorm] Sandy devastated communities in southern Queens, we saw first-hand the need for more protection from possible flooding and other damage from a major coastal storm. Projects such as this one work toward accomplishing that goal of making Queens better prepared for a natural weather phenomenon than ever before. I thank the state DEC for their commitment to this cause and for working with elected officials and constituents to ensure this project runs smoothly.”

According to the agency, the Spring Creek South project aims to reduce the risk of storm damage and flooding in Howard Beach through the construction of the berm and by restoring more than 225 acres of wetlands.

The combined strategies will assist other storm resilience projects in the area to decrease the neighborhood’s vulnerability to flooding and other damage from coastal storms, the DEC said.

The department has indicated that it will have equipment such as soil-boring machines, storage containers, ATV rigs, and a water truck at both sites. Work is expected to take place from 7 a.m. to 3 p.m. for the next six weeks.