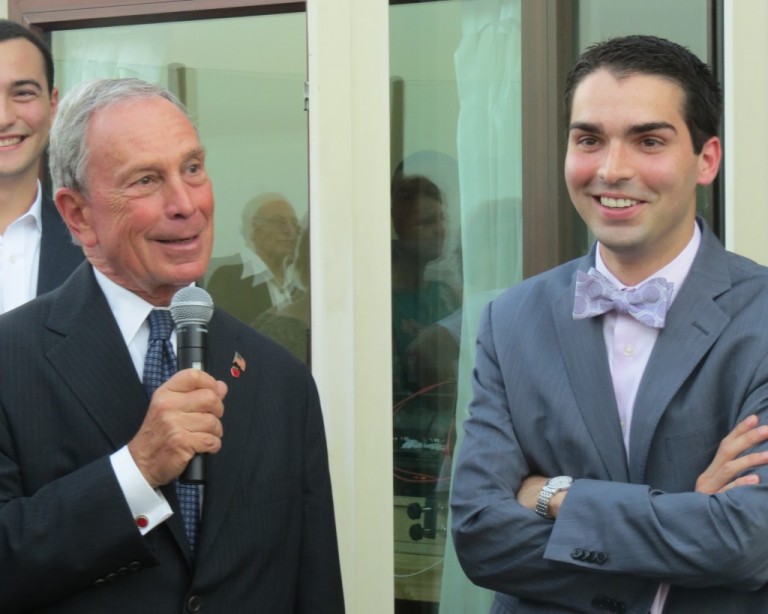 So, one of Queens’ own may challenge Hizzoner in the next mayoral race.

“Stranger things have happened,” said someone when we asked him if the campaign could eventually be set in motion.

We agree. Strange things happen all the time in politics and in New York City. When the two coincide, fuhgeddaboutit.

And bow-tie-wearing, toothy-grinned City Councilman Eric Ulrich does, in the vein of NYC politics, continue to surprise and impress us. Some of us here literally watched him grow up from a ten-year-old pipsqueak Republican. Even then, he knew on which side of the aisle he stood. Others here at the Forum, tried and true Democrats, find ourselves, frankly, falling for the guy. For someone so defiantly Republican at an early age, his moderate stance on everything from gay marriage to paid sick leave is refreshing, harkening back to the GOP of yesteryear.

“Republicans need to be the party of inclusion,” he has said, as reported by The New York Times in a profile done when he was managing Mitt Romney’s Presidential run in 2012.

Ulrich is no shrinking violet, moving swiftly to speak out against the current mayoral Administration during the Jonas snowstorm when Queens roads were out of sight, out of mind and NYC’s schools remained open. Those children who live close enough to schools to avoid the roads or public transportation trudged in through over two feet of snow. Ulrich’s Facebook status read “NYC Public Schools in Queens should be closed tomorrow. Far too many streets remain unplowed and driving conditions are downright dangerous. We shouldn’t be putting teachers, parents and kids in harms way #commonsense.”

And often, Ulrich’s outspoken nature has been to his own detriment. For example, when he criticized the Trump Pavilion of Jamaica Hospital, named for Donald Trump’s mother Mary, and demanded the name be removed because the Trump name isn’t “representative of what the hospital to stand for in terms of serving veterans,” Trump supporters among his constituency were practically up in arms.

Pun intended. Ulrich has been, perhaps, most outspoken in his work toward veterans’ rights and benefits, serving as Chairman of the City Council’s Veterans Committee. It was Trump’s comments about John McCain last summer – “He is not a war hero” – that seemingly incensed Ulrich and set him up to challenge the Trump Pavilion name. We like the work ethic and chutzpah that Ulrich demonstrates, regardless of how we feel about Trump and/or McCain.

Does our local boy even stand a chance, should he choose to challenge Mayor de Blasio in 2017? Bob Turner, the chair of the Queens Republic Party, and other GOP leaders seem to think so. Obviously, it’s too early to tell. In politics and in New York, as we’ve said, anything can happen, even down to the wire. For starters, we at The Forum think that de Blasio’s got his eye on something bigger and is bound to shake the dust of this tiny town off his boots in the not-too-distant future, leaving the field wide open for challengers like Comptroller Scott Stringer, described by pollster Maurice Carroll as an “obvious logical candidate” whom he predicts could get 33 percent of the mayoral vote. The same field, might we add, that could be ripe for the plucking by someone with just the right amount of Ozone Park moxie to take our city in a better direction.