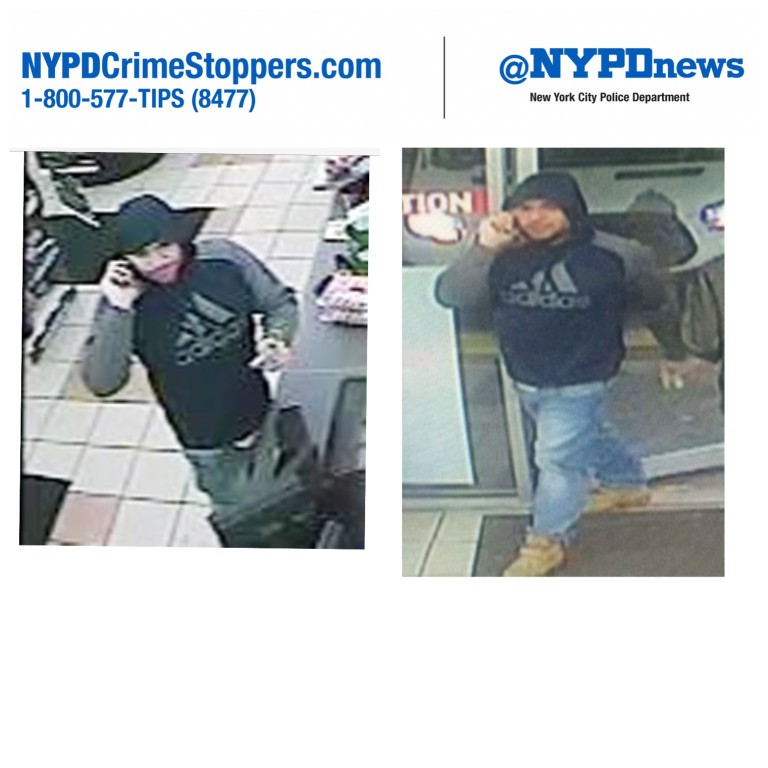 PHOTO:  Investigators have reached out to the public for assistance in identifying this man who allegedly menaced a woman with a gun and pleasured himself in front of her at Corona gas station before speeding away. Photo Courtesy of NYPD

Cops have asked for help in identifying a man wanted in connection with a bizarre menacing incident earlier this month in front of a Corona gas station during which the suspect brandished a gun.

After he was finished he yelled obscenities at her before he got inside his car and drove away.

The suspect is described as 30-40 years old, 5-foot-7 to 5-foot-8, weighing around 200 pounds. He was last seen wearing a blue and gray hooded sweatshirt, light blue jeans and yellow boots. His vehicle is described as a gold-colored GMC Yukon SUV.

All correspondences are strictly confidential.