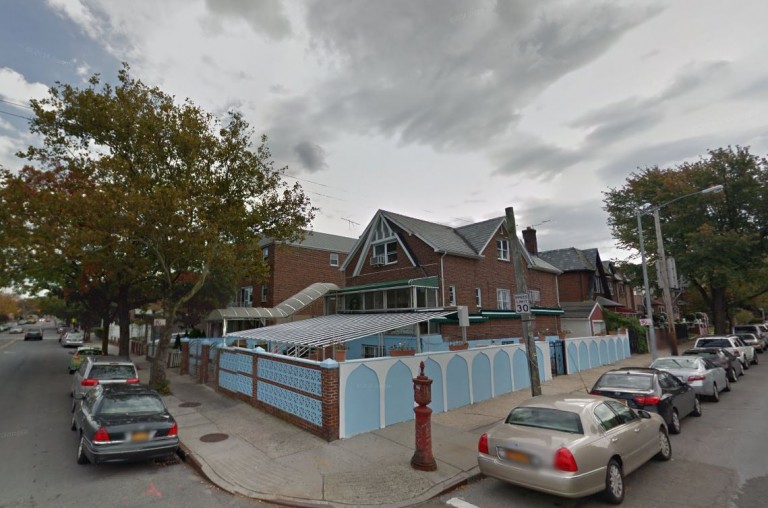 PHOTO:  An after-school religious program instructor at this East Elmhurst mosque has been charged with sexually abusing a 9-year-old girl inside the mosque on two occasions. Photo Courtesy of Google

An after-school instructor at an East Elmhurst mosque has been charged with sexual abuse for touching a 9-year-old female student in an inappropriate manner on two occasions between November 2015 and Feb. 3, according to Queens District Attorney Richard Brown.

Mohammed Rana, 46, was arraigned last Wednesday on a criminal complaint charging him with two counts of first-degree sexual abuse and one count of endangering the welfare of a child. He was able to post bail—$50,000 bond/$25,000 cash, according to court records—and was released last Friday.

According to the charges, Rana is an instructor of an after-school religious program held at the Masjid Abu Huraira Mosque on 31st Avenue. It is alleged that, sometime between Nov. 30, 2015, and Jan. 28, and the hours of 4:30 p.m. and 7 p.m., Rana reached under the 9-year-old female victim’s clothing and grabbed and squeezed her chest with his hand while saying, “You are a good girl.” It is additionally alleged that on Feb. 3, Rana touched the victim about her chest with his hand over her clothing.

The case came to light when a sexual abuse prevention workshop, utilizing puppets, was conducted at the victim’s public school and the victim disclosed to the workshop instructor what allegedly had occurred to her.

“According to the charges, the defendant is accused of using his position as a religious instructor at a mosque to prey on a young student. These are serious allegations,” Brown said. “This case should serve as a clear and unmistakable warning that law enforcement is prepared to apprehend and prosecute sexual predators who betray and defile youngsters.”

If convicted, Rana faces up to seven years in prison.