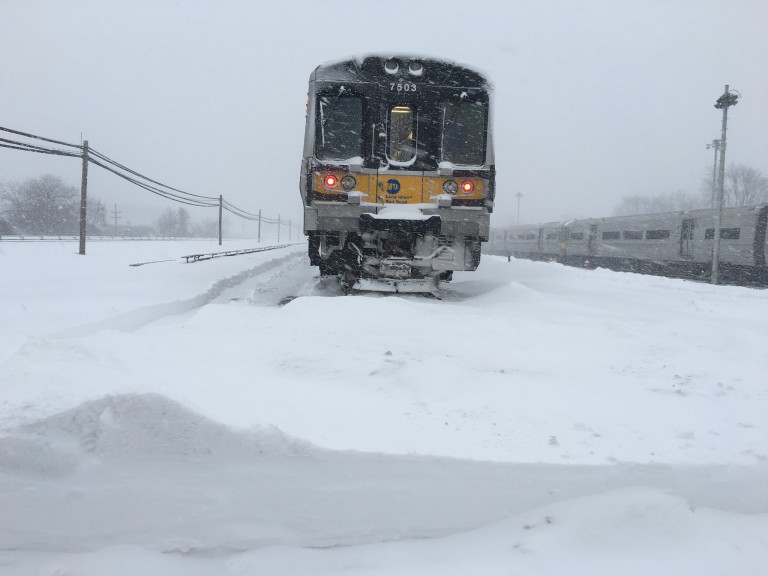 PHOTO:  The LIRR has announced that in 2015 it achieved its best mechanical performance record in its history. Photo Courtesy of MTA Long Island Rail Road

Two borough maintenance shops helped the Long Island Rail Road in 2015 earn the best mechanical performance record in its history, according to the Metropolitan Transportation Authority.

The railroad’s heaviest maintenance work is performed at Sheridan Shop in Richmond Hill, which focuses attention on diesel trains; and Hillside Facility in Hollis, which covers the electric fleet.

“There are many factors that can cause a train delay, from track conditions to problems at grade crossings to congestion from other trains,” said LIRR President Patrick Nowakowski. “I am pleased to report that the LIRR is doing a better job than ever before in neutralizing the category of potential train delays that we have the most control over: problems with the trains themselves. Our all-time high performance in terms of rail car mechanical reliability is a testament to the hard work that our employees perform every day to keep our rail cars inspected and maintained in top condition, even as the fleet ages.”

Today’s mean distance between failures has risen from 50,000 in 2005, and from 150,000 in 2010. The LIRR said it credits the improvements to its successful adherence to its Reliability Centered Maintenance strategy. The strategy, which was put into place in 2009, has led to dramatic improvements in train car reliability in recent years, according to the MTA.

Under this maintenance approach, all rail cars are slated for specific types of inspections and maintenance based on the intervals of time that have elapsed since each car’s last maintenance procedures. The strategy uses manufacturer data and real-world observations to govern schedules for replacement of rail car components, ensuring that all components are replaced before they are likely to fail.

The 2,100 employees in the Maintenance of Equipment Department care for the railroad’s fleet of 1,185 passenger rail cars and locomotives, submitting them to daily safety inspections, tests, and cleaning, the MTA said.

“Our goal each day is to make sure that the railroad has the number of cars available for service to meet that day’s train schedule requirements,” Daly added. “Just in terms of the electric fleet alone, we need 862 cars in service for each morning rush hour, and 866 for each evening rush hour. I’m glad to say that we met or exceeded that requirement each calendar day in 2015.”