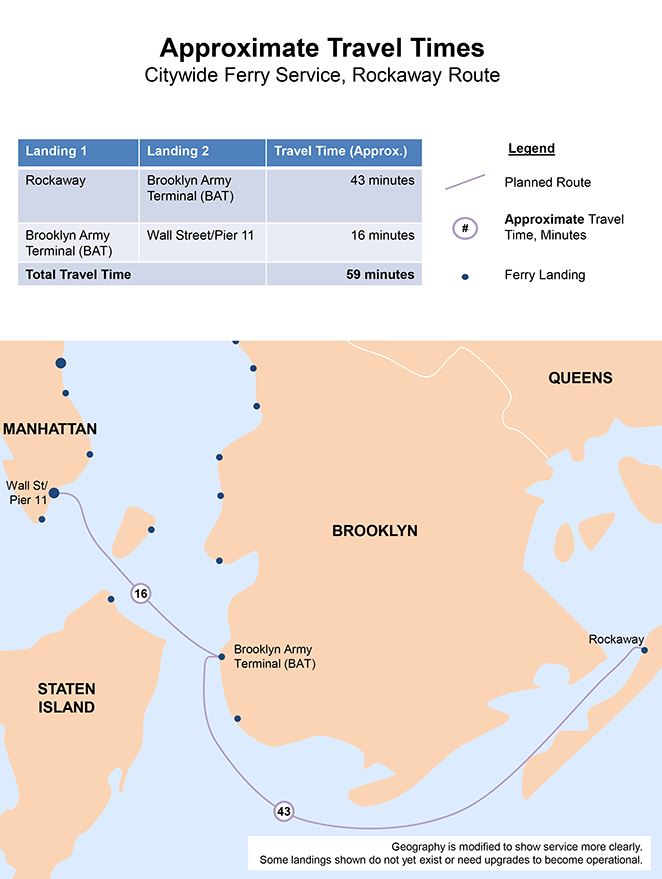 A recent blog post has sparked a buzz about the Citywide Ferry Service, prospective operators, and the bidding process.

Last Thursday, Crain’s New York Business posted an item on its Insider blog that indicated that the City had selected an out-of-state company to run the Ferry. The story said that the Economic Development Corporation “has climbed aboard with Hornblower Cruises & Events,” tapping the San Francisco-based group to operate the water transit service that is still set to sail next year.

Asked to clarify the Crain’s post that cites sources “close to the process,” EDC spokesman Ian Fried said, “NYCEDC is currently in negotiations around details of the Citywide Ferry Service and I can’t comment further until negotiations are concluded.”

De Blasio unveiled his vision of a new five-borough ferry system that would “knit together existing East River routes with new landings and services to Astoria, the Rockaways, South Brooklyn, Soundview and the Lower East Side” during his State of the City Address last February. Backed by city operating support and a $55 million capital commitment, the project is considered on schedule, with the first three routes set to open in 2017.

“Beyond connecting residents to jobs in Manhattan, our new Citywide Ferry System will spur the development of new commercial corridors throughout the outer boroughs,” de Blasio said last year.

The service will consist of five new ferry routes in addition to the existing East River Ferry, charging a fare of $2.75, according to the EDC. When CFS is fully operational in 2018, the six routes will carry an estimated 4.6 million trips per year. EDC is leading the project by building 10 new ferry landings and renovating six others.

The administration indicated that both ideas couldn’t work.

“There is an MTA bridge over which the A Train travels that is in the way, so a ferry would not be able to get further east than [it is currently set to go],” a source said. “And regarding a shuttle, the further east a bus goes, the longer the shuttle ride, making the total commute time longer than a commute would be on the A train. It’s simply not efficient.”