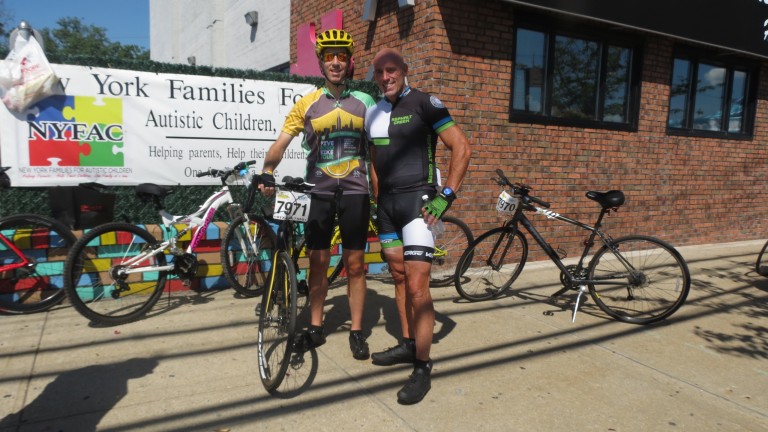 An area elected official has proposed new legislation to protect cyclists and motorists from crashes on shared roadways by requiring a 3-foot safe passing distance in existing laws of the road, and by adding New York to a growing list of states with similar laws on the books.

Assemblyman Phil Goldfeder (D-Howard Beach), a serious cyclist in his spare time, announced on Monday that he has sponsored bill A9189, which would amend state vehicle and traffic law to require a 3-foot safe passing distance for drivers passing cyclists traveling on the same side of a shared roadway. Under current law, drivers are required to leave a safe distance between cars and cyclists while passing, though the term “safe distance” is not defined.

If passed, the bill would bring New York in line with a growing movement to improve cyclist safety around the country, Goldfeder said. According to the National Conference on State Legislatures, 26 states and the District of Columbia have adopted the 3-foot passing standard as of December 2015. Two states in the country have gone further, with Pennsylvania adopting a 4-foot standard, and South Dakota requiring 6-feet of space for cars traveling over 35 miles per hour.

“Across New York State we are fortunate to have so many great biking routes that allow families to take in the beautiful scenery, especially in southern Queens around Jamaica Bay,” Goldfeder said. “Requiring a 3-foot passing distance would help protect cyclists, reduce the potential for accidents and provide a more enjoyable commute for everyone. New York should be a leader in this movement to make our roads safer for both cyclists and drivers and I urge my colleagues to join me in this effort.”

“It gives very specific instructions to drivers, which is very important,” said Caroline Samponaro, deputy director of Transportation Alternatives. “It will give law enforcement the tools they need to hold drivers accountable, if they’re not following the law. And it sends a strong message that people biking and walking deserve safe passage, too.”