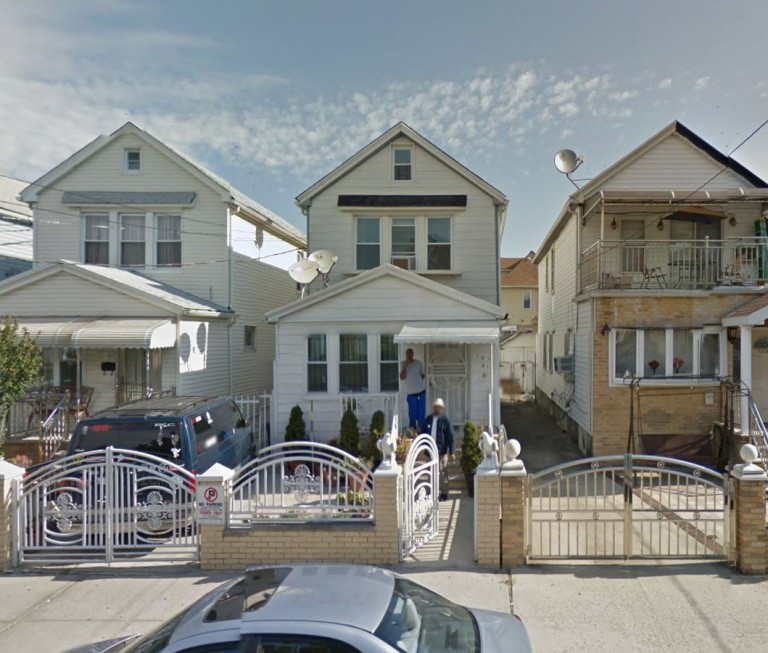 PHOTO:  Oscar Novakovsky has pleaded guilty to stabbing his wife to death inside her 117th Street home. Photo Courtesy of Google

A South Richmond Hill man has pleaded guilty to fatally stabbing his wife as their three young children begged him to stop, according to Queens District Attorney Richard Brown.

Oscar Novakovsky, 41, pleaded guilty on Tuesday to first-degree manslaughter and will be sentenced to 25 years in prison on March 30.

According to the charges, Novakovsky stabbed his estranged wife, Diane Sharma, 32, in the neck with a knife between midnight and 1:00 a.m. on Jan. 15, 2012, inside her residence on 117th Street. The stabbing occurred in the presence of their three children, ages 3, 5, and 9. Sharma was found with a knife protruding from her neck and had over 150 stab wounds throughout her body.

“It is difficult to imagine a crime more heinous than that of a father viciously attacking his wife in front of their three small children as they cried and pleaded with him to stop while they attempted to pull him off of her,” Brown said. “The children will have to bear the emotional scars of what they witnessed for the rest of their lives. The sentence to be imposed by the court is more than warranted.”