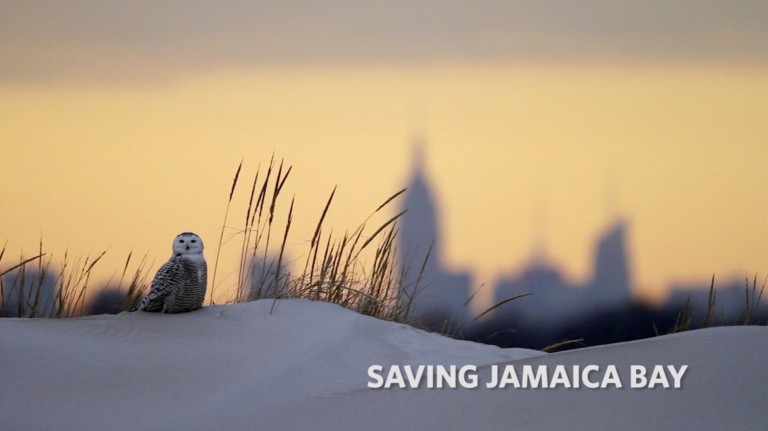 With this year’s Oscars in the rear-view mirror, the borough is once again preparing to spotlight its own cinematic talent as the annual Queens World Film Festival returns to the Museum of the Moving Image in Astoria and three other locations from March 15-20.

This year’s festival features 143 films including U.S. and world premieres, features, and shorts from 23 countries including Haiti, Nepal, Germany, England and Finland.

“The quality is exceptional this year; the ideas, the execution, everything works,” said Katha Cato, executive director of the festival, which is celebrating its sixth year.

Among the highly anticipated films is the world premiere of the documentary “Saving Jamaica Bay,” which chronicles the battle to save one of the city’s most iconic natural waterways.

Narrated by Academy Award-winning actress and environmentalist Susan Sarandon, the film was written and produced by borough native Dan Hendrick, also a champion of environmental causes who previously authored a book on the bay before piloting the project from concept to completion.

Hendrick recalled how the inspiration for the movie was spawned at a civic meeting during which an ill-conceived idea was discussed to pave over parts of Jamaica Bay to expand John F. Kennedy International Airport.

“I knew right then and there that I wanted to give a voice to this community,” he said. “And the best way forward was to tell local residents’ story, and honor their experience, on film.”

Asked about his participation in the festival, Hendrick said it is a privilege.

“There are so many talented and diverse filmmakers out there – some working on local issues like me, and others who are filming all over the world,” Hendrick said. “I’m honored to be among them.”

Similarly, Queens-based filmmaker Patrick Chen, who had success with his short film “Love Express” in 2014, said he was honored to have his most recent project, “Underneath the Grey,” selected at this year’s event.

“My experience with the festival has been wonderful,” Chen said. “Queens World Film Festival is one of the most diverse and respectable film festivals for all ages, nationalities, and beliefs.”

On the international front, Victoria Wharfe McIntyre, the writer/producer of the Australian LGBT entry “Life’s a Drag,” about being true to oneself and the bonds of friendship and family in a challenging world, called the festival “truly inspiring.”

“As filmmakers, we dream of an avenue for our films to find an audience that share our passion – and screening at Queens in the wonderful city of New York is a huge boon for us Aussies!” exclaimed McIntyre.

For Nisha Shrestha, a filmmaker and producer from Nepal, her film “Kamaro (A Slave)” details her struggle of being a single mom with two children and how life is full of uncertainties. The short narrative also touches on her country’s cultural stigma of slavery that persists to this day in some rural areas.

“My attendance at the festival might set an example for thousands of women living in our society to fight back for their rights,” Shrestha said.

Reflecting on the future of the Queens festival, Cato said, “The borough has a sophisticated, appreciative, film-loving audience and that’s key to helping the festival compete against other larger festivals, such as in TriBeCa and the Hamptons on Long Island.”

For more information, or to purchase tickets, visit queensworldfilmfestival.com.