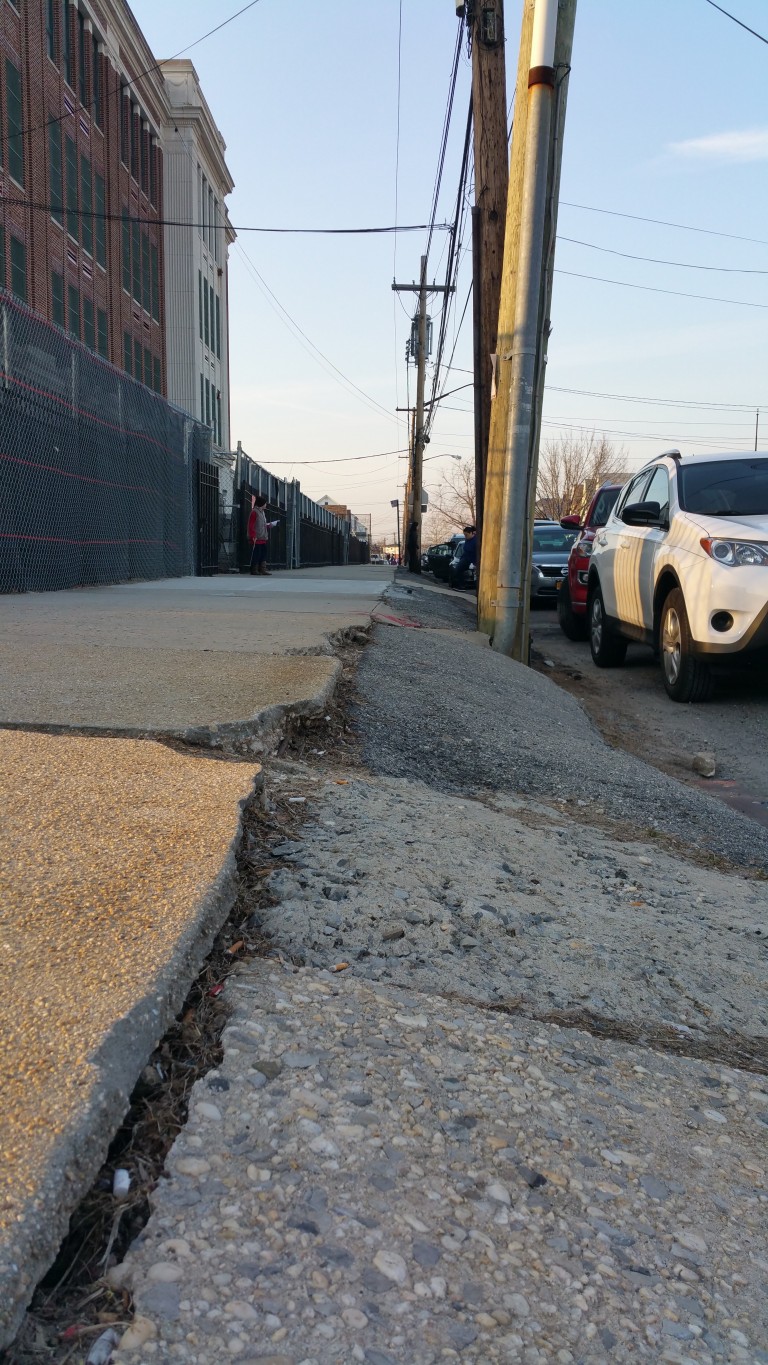 An area elected official, bolstered by years of complaints from concerned constituents, took the City to task this week for neglecting the blighted sidewalks around a Howard Beach school, and called on two agencies to immediately address the dangerous condition.

“Our families should not have to wait years to see repairs as simple as replacing the cracked sidewalks at P.S. 146,” said Goldfeder, a father of two young children. “This dangerous situation is putting students in harm’s way and creating a nightmare for parents at drop-off and dismissal. I urge the city to make immediate repairs to give parents some well-deserved peace of mind and again make the school a point of pride for the entire community.”

Goldfeder noted that much of the damage is located around numerous pits where Parks had previously removed trees, and urged the agency to work with SCA to quickly address the issue.

According to school officials, the poor condition of the sidewalks has been an issue for years. They told Goldfeder’s office that gas and electrical utility companies recently replaced some of the concrete sidewalk slabs near the entrance, but that many areas have been left untouched. The school, which suffered extensive damage during Superstorm Sandy, is in the midst of Federal Emergency Management Agency-funded repairs to school heating and electrical infrastructure.

“I worry when I have to bring my kids into the school,” said Sally Ann Sinisgalli, president of the PS 146 Parent Teacher Association. “There [are] chunks of asphalt, patchwork and holes everywhere. It’s embarrassing to have your school with such poor infrastructure around it. It’s really an eyesore.”

A Parks Department spokeswoman told The Forum that the agency has inspected the site and will be removing five London Plane trees on 98th Street due to poor condition.

Neither the Department of Education nor SCA returned requests for comment.