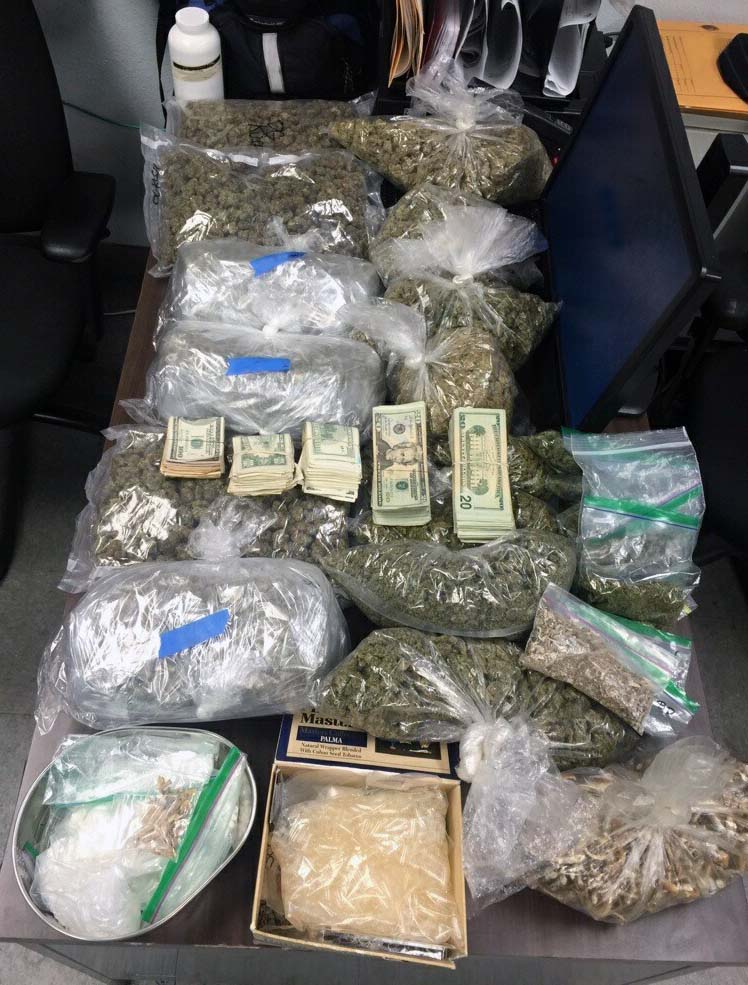 PHOTO: Cops last week discovered a large amount of illegal drugs and cash after they executed a search warrant at a Lefferts Boulevard residence. Photo Courtesy of Queens DA’s Office

They were ordered held without bail, and to return to court today, March 10.

According to the charges, as part of a narcotics investigation, the warrant was carried out at Christopher Centron’s home last Wednesday morning, during which time Rivera jumped and crashed through the front door of the location, Brown said. Bhagwandass and Justin Centron were detained in the living room.

Cops allegedly recovered approximately 12 pounds of marijuana, 9 ounces of psychotropic mushrooms, 14 ounces of cocaine, a half-ounce of crack-cocaine and a quantity of MDMA, and the painkillers Percocet and Tramadol, along with approximately $19,500 in cash and various drug paraphernalia, including empty zip lock bags and empty capsules.

Each suspect faces up to 20 years in prison if convicted.

“These arrests should serve as a warning to other drug dealers that the law enforcement community will continue to aggressively track down those individuals who traffic in drugs and seek to put them in prison,” Brown said.