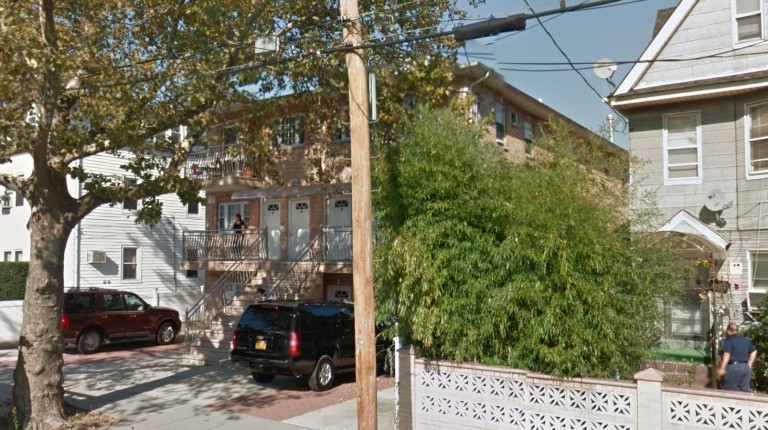 PHOTO:  The Ramsundar family lived in this 120th Street building at the time of their convictions in November 2011. Courtesy of Google

A state appellate court last week affirmed the 2011 convictions of three members of a Richmond Hill family who were found guilty of defrauding 19 people out of more than $1.8 million by promising to assist them in obtaining “federally seized” properties in Florida and Queens at cheap prices, or to assist them in gaining legal status in the United States, according to Queens District Attorney Richard Brown.

The Appellate Division, Second Department, in a unanimous decision handed down last Wednesday, rejected the argument put forward by the attorneys for Shane Ramsundar, 56, his wife, Gomatee Ramsundar, 52, and their daughter, Shantal Ramsundar, 29, that the guilty verdicts were against the weight of the evidence, and that they were denied their constitutional right to present a defense. While the court determined that the sentences and restitution imposed on the husband and wife were not excessive, it did, however, reduce the daughter’s sentence from an aggregate term of imprisonment of 10 to 20 years in prison to an aggregate term of 6 to 18 years and reduced her fine from $182,180 to $5,000.

According to trial testimony, the three Ramsundars promoted Shane as a federal agent – complete with a real-looking gun, a badge and false ID card – and a deeply religious Pandit who could obtain cheap government-seized real estate properties in Florida and the Ozone Park/Richmond Hill/Jamaica areas of Queens. In particular, the two elder Ramsundars claimed that the government allowed their special agents first option to buy the properties seized from tax evaders and drug dealers cheaply prior to their public auction. Shane Ramsundar then told his victims that he would purchase properties and obtain mortgages for them with his special government connections and then transfer the deeds over to them and they could live in the residences or re-sell them at great profit.

For the immigration portion of their plan, Shane Ramsundar again posed as a federal agent and convinced victims that he could use his insider access to get people green cards, have them removed from deportation schedules, and even get them off “terrorist watch lists” in exchange for sums of money. Gomatee Ramsundar aided her husband by convincing some of the victims that he could obtain the necessary immigration documents and was present when some of the victims turned over their money. Shantal Ramsundar also contributed to the scheme by proclaiming her father to be a Federal Bureau Investigation agent and by cashing checks and laundering substantial amounts of the proceeds through bank accounts in her name.

In total, the Ramsundars received more than $300,000 from 12 victims, some of whom were additionally victimized in the real-estate scheme.

“This case served as one of the initial reasons why my office saw the need to establish an Office of Immigrant Affairs,” Brown noted. “In carrying out their scheme, this family deviously took advantage of their fellow immigrants who were seeking the American Dream by falsely holding the father out as a federal agent and as a devoutly religious Pandit. The damage caused by the defendants was severe and long lasting – in some instances plundering the life savings of people who placed their trust in them. The harm was not only financial but emotional, as well. As such, the Court’s decision is welcome news to the defendants’ many victims.”