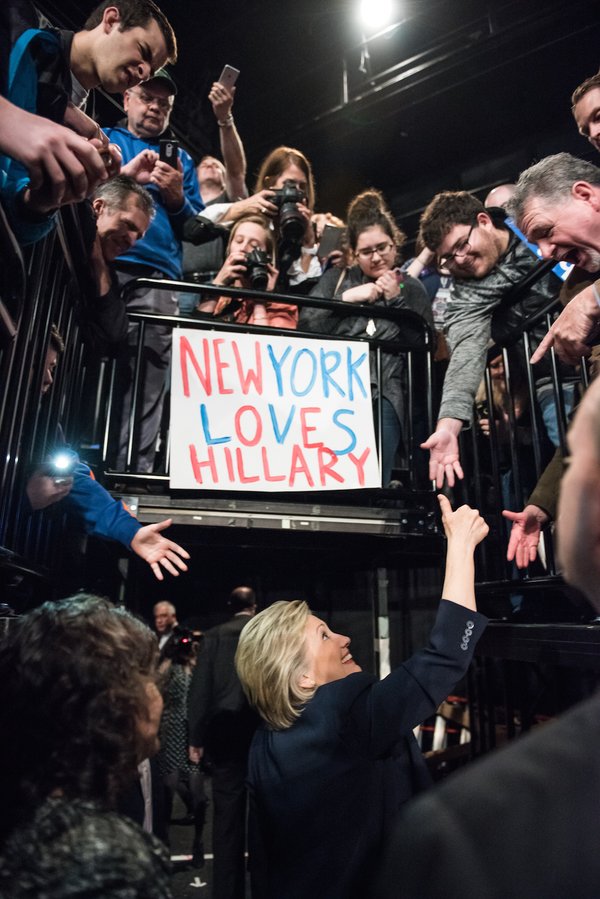 They came, they saw, they conquered.

Trump, a native of Jamaica Estates, garnered 60 percent of the GOP vote, according to the Associated Press, while Ohio Gov. John Kasich’s 25 percent was good enough for a distant second place finish. U.S. Sen. Ted Cruz (R-Texas) pulled in a paltry 14.5 percent.

The Democratic contest was a bit closer, but former Secretary of State Clinton hardly broke a sweat in her 58-42 victory over Brooklyn-born U.S. Sen. Bernie Sanders (D-Vt.).

“You’ve always had my back, and I’ve always tried to have yours,” Clinton said to her supporters. “Today, we did it again–and I’m deeply, deeply grateful.”

On Wednesday morning, Trump tweeted with his trademark brand of confidence.

“Ted Cruz is mathematically out of winning the race. Now all he can do is be a spoiler, never a nice thing to do,” he said. “I will beat Hillary!”

Perhaps the biggest loser of the day was the city Board of Elections. Widespread reports of broken ballot machines, closed or disorganized polling sites, and outdated voter rolls prompted City Comptroller Scott Stringer to vow to immediately audit the operations and management of the BOE.

“The people of New York City have lost confidence that the Board of Elections can effectively administer elections and we intend to find out why the BOE is so consistently disorganized, chaotic and inefficient,” Stringer said. “With four elections in New York City in 2016 alone, we don’t have a moment to spare.”