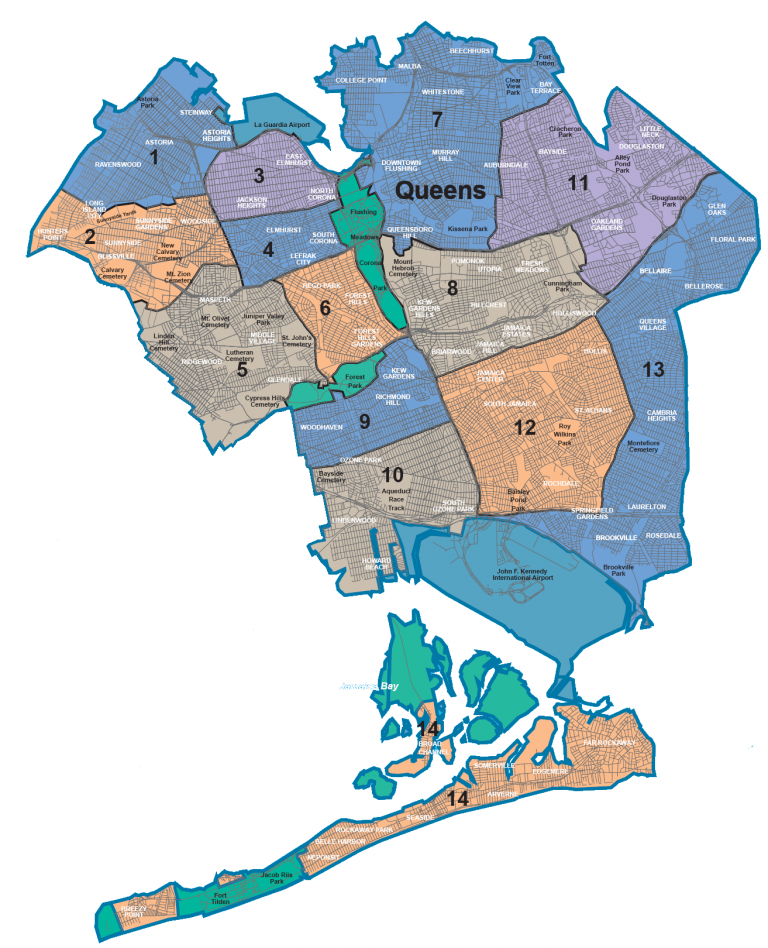 Katz said she has made a concerted effort to strike a better balance of experiences, new voices and proportional representation among and within the boards since assuming office in 2014. To-date, 27 percent of borough community board members were first-time appointees under Katz since 2014. All Community Board Districts in Queens include more than one City Council District, and Katz indicated that she has steadily moved the boards closer to proportional representation.

“To serve on a community board is a significant commitment, which I expect all appointees to fulfill to their utmost,” Katz said. “I am pleased to move the Queens community boards toward a healthier balance between the expertise and experience of long-standing members, the fresh ideas and perspectives of brand new members, and a more proportional representation. To all community board members – both past and present – the Borough and the City thank you for your service.”

There are 14 community boards in Queens, and a total of 59 citywide. According to Katz, all Queens Community Board members are appointed by the borough president, pursuant to the City Charter, with half of her appointees nominated by the City Councilmembers who represent the respective districts within each community board. All CB appointees interested in continuing to serve are required to re-apply at the conclusion of each two-year term.

The advisory bodies consider land use and zoning matters, and also contribute to the dialogue about the city budget, municipal service delivery, and many other matters that impact their communities.

All appointees for 2016, regardless of prior service on a board, are required to participate in a mandatory Orientation and Training on Monday, May 9, at 6 p.m. in the New York Hall of Science, located at 47-01 111th St. in Flushing Meadows-Corona Park.