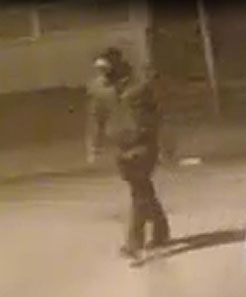 PHOTO: According to investigators, the duo has struck at least 14 times in Richmond Hill, Jamaica, and other borough neighborhoods. Courtesy of NYPD

Police last week reached out to the public for help in tracking down a dangerous duo they believe are responsible for a spate of more than a dozen gunpoint robberies over the past five weeks in Richmond Hill, Jamaica, and other borough communities.

Cops described the assailants as two black men in their 20s wearing hooded sweatshirts. In each of the 14 incidents, the suspects approach the victims—many of whom were passengers who just exited taxis or livery cabs—on the street, pull out a gun, demand money and valuables, then flee on foot with the fast cash, credit cards, and cell phones.

And the assaults have proven lucrative.

In the most recent robbery on record, on Monday, April 11, around 1:15 a.m., the perpetrators pounced on a 43-year-old man on 97th Avenue in South Richmond Hill, making off with $1,100 in cash, a phone, and credit cards.

Anyone with information is asked to call the NYPD’s Crime Stoppers Hotline at (800) 577-TIPS (8477) or for Spanish, 1-888-57-PISTA (74782). The public can also submit info by logging onto NYPDCrimestoppers.com or by texting their tips to 274637 (CRIMES) then enter TIP577. All correspondences are strictly confidential.