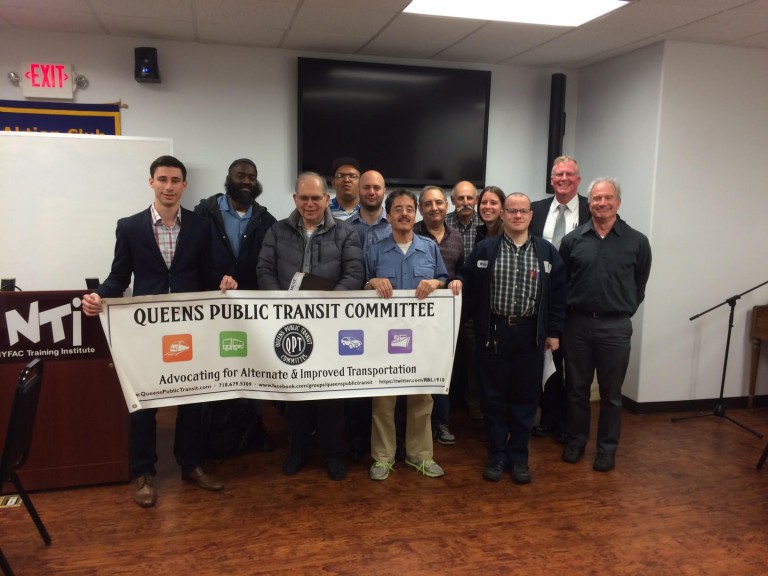 The push to reactivate the Rockaway Beach Rail Line was the main point of order last Thursday at the Queens Public Transit Committee’s April meeting in Howard Beach.

Civic Chairman Phil McManus said the group is planning “at least one rally a month to educate and motivate public opinion for the QueensRail and more transportation funding and services for Queens and the region.”

McManus asked that all attendees bring friends and family to future gatherings.

The organization also discussed the Metropolitan Transportation Authority’s planned feasibility study of the reactivation of the Line – a defunct, 4-mile spur that was put into service in the late 19th Century under the control of the Long Island Rail Road. The RBRL connected Rockaway and southern Queens with Rego Park, and provided area residents with expedient access to other parts of the city and 40-minute commutes to Midtown Manhattan from the Peninsula. In the early 1960s, parts of the railroad service were condensed, sectioned off, and eventually closed in 1962.

“We want to be involved in the study.  We want to see a comprehensive study that includes all options: Busway, subway, light rail, LIRR,” McManus told The Forum.

The Rockaway Beach resident has said the QueensWay is critical to reinvigorating borough “transportation deserts.”

“If we can get the political support, the financial support will follow,” McManus posited. “The public must demand the railway. We will not stop until we reopen the QueensRail. We shall prevail.”