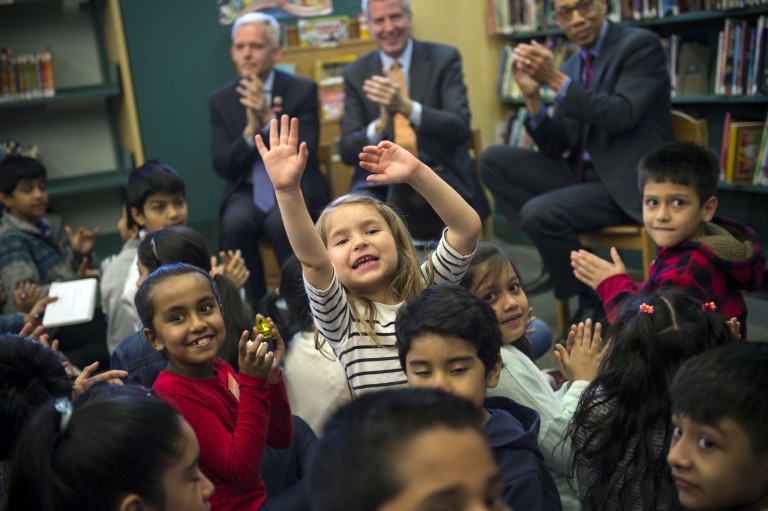 “Libraries provide critical education, resources, programs and services in every community, and are so important in bridging the digital divide. Every day at my desk, I see people come into the library who are totally dependent on Queens Library for technology and so many other services. We must continue last year’s important investment in libraries,” Walcott said. “Libraries are now open six days a week in every community. We were able to hire much-needed staff, from children’s librarians to technology specialists, and purchase more homework help, ESOL and other library materials. Funding for New York’s libraries, however, is still $43 million citywide below what was needed to provide robust six days of service, while demand for services and programs continues to grow.  Keeping up with the city’s over 40 million library visits each year has stretched our library workers and facilities to their limits.  We call on the Council and Mayor to adopt a final budget that fully funds six days of service, assures that funding in future years and allocates $100 million of capital funding for critical maintenance needs.”

The libraries’ funding requests include a restoration of the $65 million cut since FY 2008, allowing libraries to increase staff, services, and programming addressing the word gap, the digital divide, etc.; restoring last year’s $43 million increase into the budget, as well as any other additional operating funding; and capital investment to address the over $250 million in “urgent maintenance needs.”

“Maintaining our 65 locations and aging infrastructure is also a short and long-term challenge for the Library,” Walcott testified at the Preliminary Budget Hearing in March. “The average community library is 61 years old. More than a third are over 50 years old. They are heavily used, and most were not constructed to accommodate the traffic that we see due to the growth in demand for our services. Additionally, the vast majority of libraries are poorly configured to meet the demands of the digital age – with too few electrical outlets, too little space for classes, group work, or space for individuals working on laptop computers. Our challenge is to modernize our facilities, maintain our critical infrastructure and to expand our public spaces in order to thrive in the 21st Century.”

Walcott took the reins from interim President and CEO Bridget Quinn-Carey just a couple of weeks before testifying at the Budget Hearing at City Hall. The borough native served in the Bloomberg administration as a deputy mayor and later as city Schools chancellor.