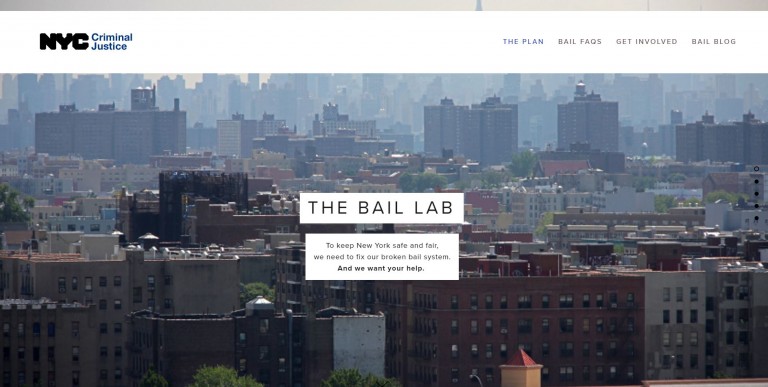 The Mayor’s Office of Criminal Justice has unveiled new tools that will make it easier for defendants to post bail, the agency said.

The resources – developed as part of the City’s Bail Lab – include automated teller machines in all criminal courthouses in the five boroughs, and an easy-to-understand guide that describes how to send bail money to inmates and obtain a refund.

The latest Bail Lab assets, according to the MOCJ, aim to eliminate the physical and procedural obstacles that lead to delays in the payment process.

“Even where defendants have the ability to pay bail, research makes clear that navigating the payment process itself has long been a challenge, often leading to avoidable stays at Rikers Island,” said Greg Berman, executive director of the Center for Court Innovation. “The reforms announced today by the city respond directly to this need and represent an important step in improving the quality of justice in New York.”

To improve the system, the administration has pledged to continue installing ATMs in courthouses, ensuring access in every criminal court across the city. Often, defendants are brought to the courthouse during late night or early morning hours when few options exist to withdraw funds for bail payment. Inability to access cash and pay bail directly after arraignment can mean transfer to Rikers Island, according to the MOCJ.

The City will also release the “User Guide to Paying Bail.” New Yorkers will be able to access “comprehensive, easy-to-understand” information about bail payment online at the Bail Lab website, in informational packets given to families at arraignment, and via the 311 website. The guide includes instruction on how to access the Department of Correction web portal that allows the transfer of funds to an inmate, how bail gets refunded, and how to file a complaint against a commercial bail bondsman if an individual feels they have been charged an excessive fee.

Additionally, the administration said that it is working with the State’s Office of Court Administration to assess options for a defendant to pay his or her own bail with a credit or debit card.

“The problem we are aiming to solve here is meaningless jail – for an individual who can afford to post bail, there is no reason why he or she should sit in jail for two days simply because of obstacles to paying bail,” said Elizabeth Glazer, director of the Mayor’s Office of Criminal Justice. “Access to ATMs and comprehensive information about how to pay bail can mean the difference between posting bail at arraignment and going home, or being sent to Rikers.”

Mayor Bill de Blasio announced the Bail Lab last October. It was created to address the issues that have plagued the money bail system in NYC for decades. It has been problematic because, for example, some low-risk defendants may spend time on Rikers Island because of inability to pay bail, while some defendants who could be dangerous are able to pay bail and return to the street.

The MOCJ has said that it is working to move toward a system in which decisions about pre-trial detention are driven by risk. While only 14 percent of defendants in the city criminal justice system are detained on bail, this still amounts to approximately 47,000 individuals per year. The Bail Lab, according to the administration, aims to reduce this number for individuals who can safely wait for trial in the community.

To reduce reliance on money bail and improve the City’s ability to protect public safety, the Bail Lab is:

Expanding non-bail options for release before trial: Beginning in March 2016, judges citywide now have the option to assign eligible, lower-risk defendants to a program that will supervise them in the community while waiting for trial, allowing them to continue working and living at home instead of being detained in jail. Participation in the program includes a reminder system and voluntary referral to supportive services, such as behavioral health care or job training. To date, more than 516 individuals have benefited from the program.

Changing state law: The Mayor’s Office has been pursuing a change to state law so that New York is no longer one of only four states that prohibit judges from considering public safety risk when making bail determinations. Current law can mean that some high-risk individuals may have low bail amounts set and be able to return to their neighborhood – and possibly re-offend – while waiting for trial. It can also mean that some low-risk people may be unnecessarily detained.

Working with the City Council to establish a bail fund: The Mayor’s Office has indicated that it is supporting Council Speaker Melissa Mark-Viverito’s creation of a citywide bail fund, and working with the legislative body to create eligibility criteria for such a program.

City Councilman Rory Lancman (D-Hillcrest) added, “At a hearing on bail reform last June, my Committee on Courts & Legal Services highlighted how thousands of New Yorkers who have the money to make bail are instead sitting in Rikers Island because the mechanics of actually paying bail are confusing and archaic. The changes announced by the Mayor’s Office of Criminal Justice today incorporate several of our suggested reforms, and represent important first steps in bringing our antiquated bail system into the twenty-first century.”