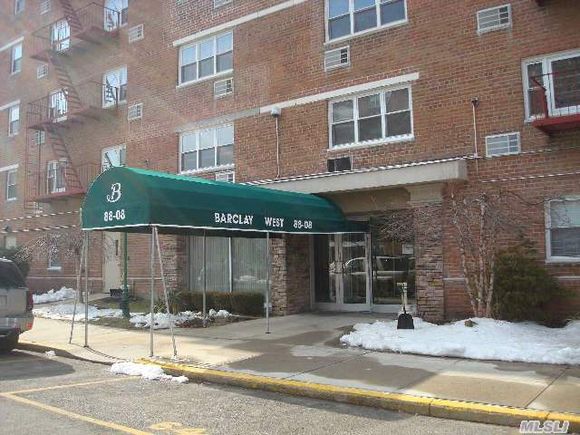 PHOTO: The Barclay co-op in Lindenwood was burglarized last Friday. Courtesy of Estately

An area civic organization over the weekend posted information on its Facebook page about a break-in burglary at a Lindenwood co-op building.

The Howard Beach-Lindenwood Civic on Saturday informed the community that the 106th Precinct “is actively investigating” the crime and has requested help from the public in identifying the perpetrators.

According to the group, the Section B Barclay co-op was burglarized last Friday – and it was all caught on security tape. At approximately 2:10 a.m., a white man with a medium build wearing a grey hooded sweatshirt, black pants, and riding a black bicycle, forced his way into the building with a crowbar. The suspect then checked each door on the ground floor, and attempted to pry them open. Hunting for change, the perp damaged several washing machines in the laundry room; and later broke into the bicycle room and began to remove bikes.

The man returned around 3:30 a.m., and this time he brought a companion – a shorter man donning a dark blue or black hooded sweatshirt. They continued to pilfer bikes, and after an unsuccessful bid to break into the building’s medical office, fled the scene.

According to the civic, if you live in the Barclay and your bike was stolen, be sure to fill out a police report at the 106th Precinct stationhouse located at 103-53 101st St. in Ozone Park. Additionally, the precinct offers free bicycle etching for easy identification. If you’re interested in the etching, email the Howard Beach-Lindenwood Civic: hblcivic2014@gmail.com.