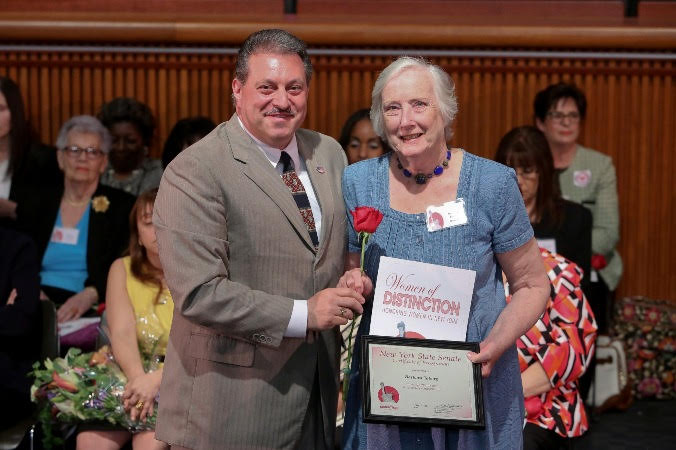 State Sen. Joe Addabbo Jr. (D-Howard Beach) last week selected Broad Channel resident Barbara Toborg to be one of the honorees at the Senate’s annual “Women of Distinction” ceremony, during which each senator chooses a woman from their district who has impacted her community and had a positive influence on the people who live there.

“Barbara Toborg represents what every resident should be about – helping the people around us,” Addabbo said. “Not only has she been involved in environmental causes such as the American Littoral Society and the Jamaica Bay Wildlife Refuge, but she has dedicated more than 15 years of her life to serving students, teachers and parents as a member of multiple educational organizations and committees. Barbara has touched countless lives over the years and has without a doubt left a lasting impact on the past, present and future of Broad Channel.”