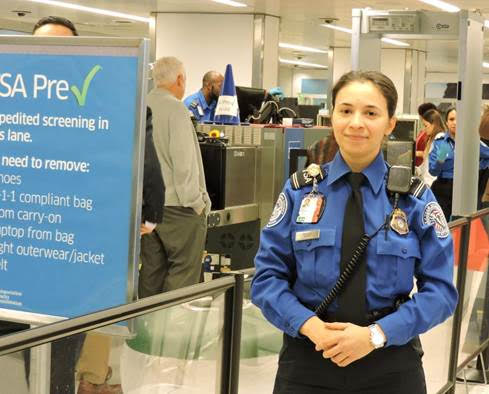 PHOTO: U.S. Sen. Charles Schumer said he will lead the push for TSA to hire 600 more officers and move $28 million needed to bring another 2,500+ agents to full-time status. File Photo

A New York senator this week called for even more Transportation Security Administration officers to be assigned to area airports.

The Department of Homeland Security recently announced that John F. Kennedy International and LaGuardia airports would each be getting 72 additional TSA officers. However, U.S. Sen. Charles Schumer (D-N.Y.) on Monday said that’s not enough, that security lines are “still just too clogged,” and that a new surge in the hiring of additional TSA personnel at NYC-area hubs is required.

DHS Secretary Jeh Johnson requested a reprogramming of $28 million to fund an immediate conversion of 2,784 TSA officers to full-time from part-time. Johnson also requested approval to hire an additional 600 agents in light of continued long lines at airport screening. Schumer said that this new plan needs immediate congressional approval, and that he will lead the charge to get it implemented as soon as possible.

“With out of control wait times at our nation’s airports, more could and should be done to help unclog the lines and improve security,” Schumer said. “We desperately need to convert thousands of part-time TSA officers to full-time TSA officers in order to ward off the impending ‘flypocalypse’ that will ensue when the busy summer travel season soon begins. Congress should quickly approve this request and TSA should prioritize the hiring and conversion of these officers at local New York City-area airports.”

The TSA says this reprogramming request will enable the agency to screen approximately 82,000 additional passengers each day. Following reports of outrageously long wait times at local airports, Schumer said that Congress should swiftly approve the TSA’s request for these funds so that conversion of officers to full-time status can begin immediately.

On Sunday, one of the busiest travel days of the year, a computer glitch caused massive delays at JFK’s Terminal 7. It was resolved by Monday.