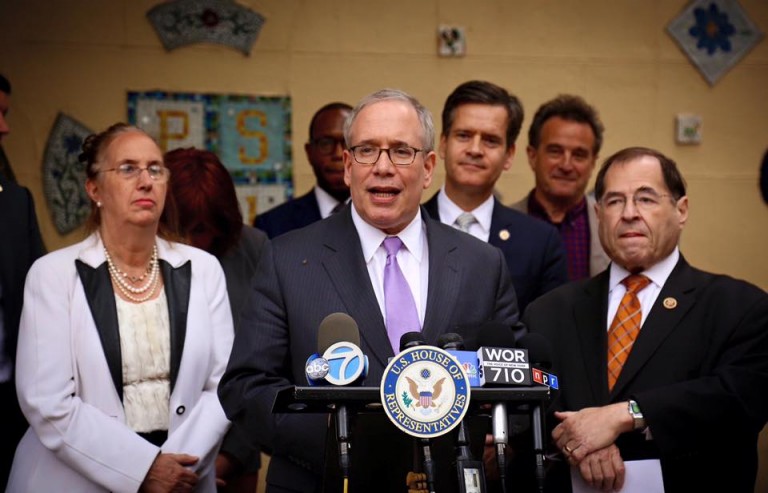 PHOTO: Due to the changes in tax status of dozens of mixed-use buildings across Queens, the City can collect an additional $1.28 million in revenue over the next five years. Courtesy of City Comptroller’s Office

Nearly 100 mixed-use borough buildings have been improperly assessed by the Department of Finance and therefore taxed at an incorrect, lower rate, according to an audit released this week by City Comptroller Scott Stringer.

Prompted by the report’s findings, Finance has already begun to correct the tax status of the 97 buildings in Queens that auditors determined were misclassified.

According to Stringer, properties in New York City are given one of four tax classes: Class 1 are one- to three-unit buildings, primarily used for residential purposes; Class 2 are all other residential properties; Class 3 are properties owned by utilities and special franchises; and Class 4 are all other properties not in Class 1, 2, or 3. The audit examined whether Class 1 mixed-use buildings in Queens were properly assessed and taxed by the Department of Finance as of May 2015.

Auditors identified 97 buildings that were misclassified as Tax Class 1 mixed-use buildings, and taxed at a lower rate than they should have been. DOF agreed that 78 properties should be taxed at 45 percent of market value, instead of the residential rate of six percent at which they had been taxed, and that 19 properties required additional interior inspection, Stringer noted.

In total, Stringer’s office estimated that, after the changes are made, the City will bring in an additional $1.28 million in taxes over the next five years.

Auditors also found that 33 of the misclassified buildings in Queens had been inspected by DOF assessors within the last three years – raising questions about the agency’s training and inspection process.

The Department of Finance has already re-classified 78 of the properties, and agreed with all three of the audit’s recommendations, including that it should: conduct an interior inspection of the 19 remaining properties identified in the audit as misclassified and ensure they receive the correct tax class; make sure assessors are properly trained so they do not misclassify buildings; and enhance its oversight and quality assurance to ensure buildings are properly inspected.

“The bottom line is that everyone should pay their fair share of taxes. The Department of Finance will now collect more revenue that will help to fund critical programs in our City,” Stringer said. “Going forward, this agency must strengthen its training and oversight to ensure properties in every borough are properly assessed, and the correct taxes are collected.”

The Queens audit’s findings follow a similar analysis from February which identified 197 misclassified mixed-use buildings in Brooklyn. Changes stemming from that audit will bring the City an additional $2.09 million in revenue over the next five years, Stringer noted. Combined, the two audits identified an additional $3.37 million that will be collected through 2022.

“These two audits spurred immediate changes that will right a wrong and benefit our entire City,” Stringer added.