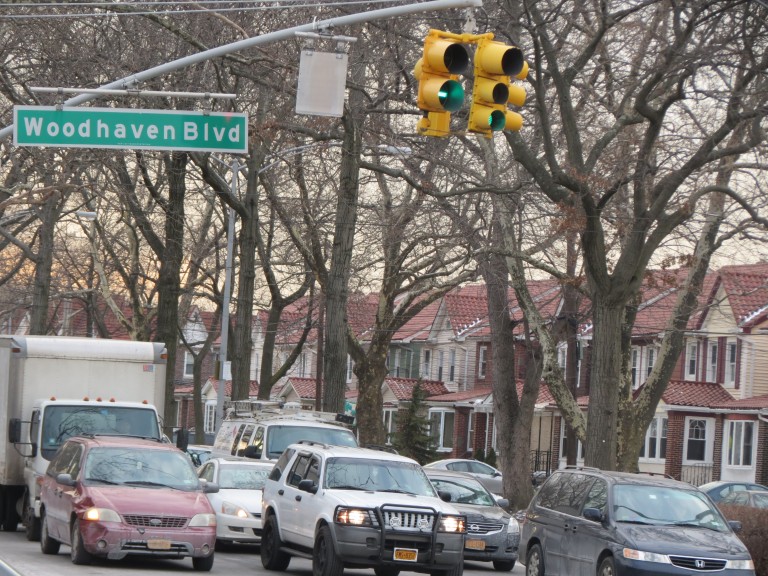 PHOTO: The Big Apple has “grown dramatically” since 2010, according to the DOT’s recently released Mobility Report; the downside is that congestion has worsened and bus ridership has declined. File Photo

The good news: New York City is more vibrant than ever, experiencing prodigious growth in areas such as population and job creation over the last five years.

The bad news: There is a palpable downside to said expansion – significant decline in traffic speeds and severe congestion both in subway cars and on the roads.

Such are the findings in the City Department of Transportation’s recently released Mobility Report, a detailed look at the primary drivers of transportation demand in the five boroughs – population, tourism, and employment – alongside key data on vehicle, bicycle, and transit ridership.

The report, according to DOT, offers a thorough examination of the relationship between broader economic and demographic trends and the City’s transportation system.

“Our City has never in its history had this many residents, this many jobs, and this many visitors. In the last five years alone, we added as many jobs as we had added in the previous thirty years. This means that New York City has never had to move as many people and goods as it has to today,” said DOT Cimmissioner Polly Trottenberg. “Our vibrancy is something to be celebrated—and examined. How did we get to this position? And how will we maintain and sustain it? This NYC Mobility Report seeks to provide New Yorkers the context of where we have been, where we are now, and the challenges we face as we chart our city’s course in the 21st Century.”

The report summarizes the significant transformations that have occurred over the last five years. In 2015 there were:

“With record tourism, jobs and population growth, New York City is now experiencing packed subway trains, along with a 300% surge in daily bicycling since 1990,” Trottenberg said. “The report’s conclusions are clear: as we move forward, policy makers will need to redouble our efforts to chart a course that supports mass transit and other options to keep a growing and thriving New York City moving.”

Trottenberg noted how DOT has tackled the dramatic growth by: enhancing the pedestrian environment, including through the expansion of pedestrian plazas; bolstering bike share and the bicycle network; improving surface transit via the Metropolitan Transportation Authority’s Select Bus Service; and utilizing new technology to better manage vehicular flow in congested areas of the city.

“While we have never been this big, traffic in our core has probably never been this slow,” Trottenberg acknowledged. “However, transportation is not an end in and of itself; NYCDOT seeks to provide mobility to support the lives and livelihoods of all our citizens, regardless of where they’re going and how they get around.”

Manhattan Borough President Gale Brewer added, “The data show a staggering subway usage increase – 159 million more trips than there were five years ago. What this means is that our city is thriving, but to keep pace with that growth we need to dramatically invest, as a region, in building infrastructure and expanding mass transit capacity. We can start immediately by adding new Select Bus Service routes, particularly cross town, to help reverse the disturbing drop in bus ridership we’ve witnessed over the last five years.”