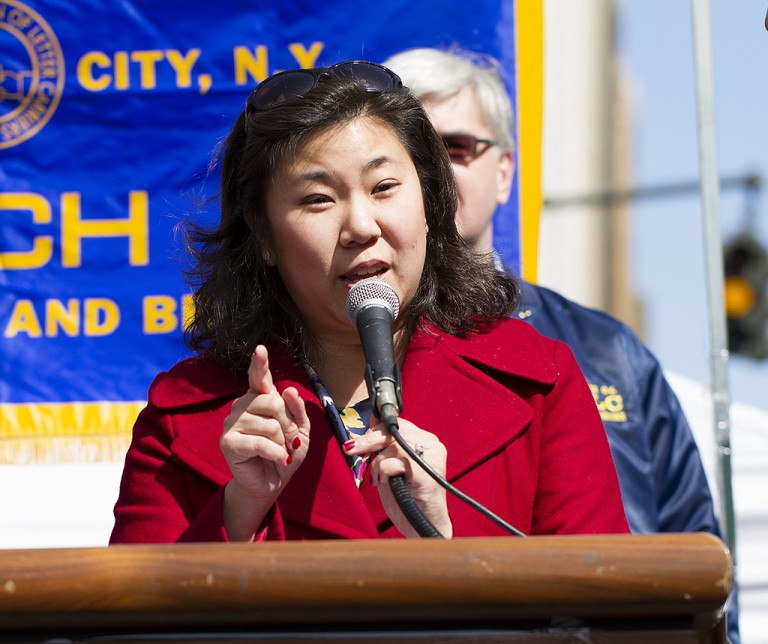 PHOTO: U.S. Rep. Grace Meng has expressed concern to the FAA over a new Newark flight plan that she said may create additional airplane noise for the borough. Courtesy of Flickr/Demetrios Manolatos

Concerned that a new arriving flight plan for Newark Liberty International Airport may create additional aircraft noise over Queens, U.S. Rep. Grace Meng (D-Flushing) sent a letter to the head of the Federal Aviation Administration, vowing to fight any proposal that would allow Newark to use another runway for some incoming flights if the move results in more air traffic over Meng’s home borough.

The new procedure, if implemented, could force airplanes heading towards New York City airports to utilize flight paths that require an increased amount of time in airspace above Queens, Meng said.

“I am dismayed at the possibility of more aircraft noise over Queens,” said Meng, whose letter to FAA Administrator Michael Huerta included the signatures of fellow members of the Congressional Quiet Skies Caucus: Reps. Joseph Crowley (D-Queens and Bronx), Gregory Meeks (D-Jamaica), Hakeem Jeffries (D-Queens and Brooklyn), and Steve Israel (D-Queens and Nassau County). “In 2012, new flight patterns over Queens slapped increased airplane noise over our borough, a move that continues to ruin quality of life for Queens residents. We will not accept any new noise and we’ll do everything in our power – legislative and otherwise – to fight this plan should it negatively impact our borough. The FAA must immediately clarify whether this new plan for Newark Airport will cause any new aircraft noise over Queens.”

The FAA, Meng noted, is seeking to implement the new plan for Newark Airport in the fall. It would allow air traffic controllers to shift a small number of arriving flights to Newark’s Runway 29 if the airport’s Runway 4 Left or 4 Right are at capacity. The agency has indicated that it is reviewing the environmental impact study it conducted for the plan.

“We have worked too hard to address these issues to allow further changes to the airspace that would have a detrimental effect on our constituents,” the officials wrote in the letter.