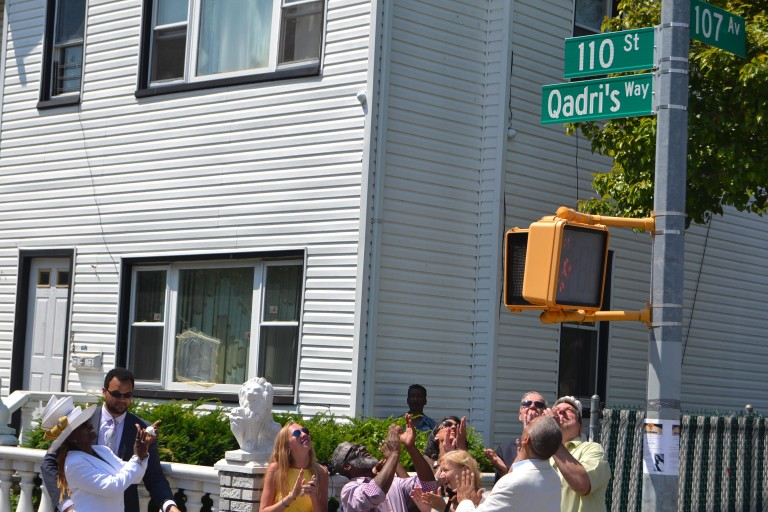 The brief-but-brave life of a South Ozone Park native was celebrated and commemorated this week during a street co-naming ceremony sponsored by City Councilman Ruben Wills (D-Jamaica).

Pulmonary Hypertension is a type of high blood-pressure characterized by a narrowing of the arteries that carry blood from the heart to the lungs, causing the heart to weaken – and potentially fail – as it works harder to continue blood flow. HHT is an abnormality of the blood vessels that can cause them to rupture and bleed profusely.

Skipper has been described a tireless advocate for other children afflicted with PH and HHT, and helped them and their families to cope with the hardships of living with the ailments, including fighting to receive accommodations that enable them to lead normal lives.

“Qadri’s name means ‘Under God’s Control and Meaningful Purpose.’ At a young age, he displayed strength through adversity well beyond his years, but always with a positive attitude and compassion for others,” said his mom, Doreen Blair-Skipper. “I am proud to have been chosen to care for him because his life continues to have Meaningful Purpose: by raising awareness about the rare conditions of Pulmonary Hypertension and Hereditary Hemorrhagic Telangiectasia. I am honored to pay tribute to Q, and thank Councilman Ruben Wills for helping to make this commemorative ceremony possible; as well as everyone who was involved in Qadri’s care, education and emotional and spiritual support.”