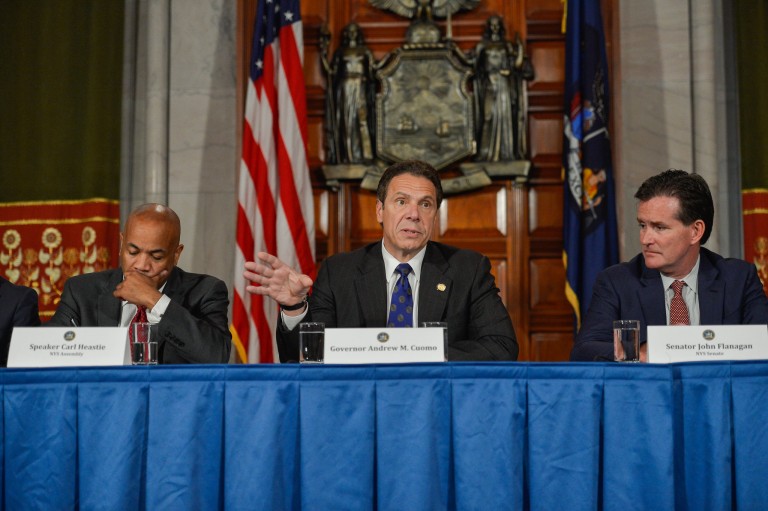 The 2016 legislative session was a mixed bag of bold moves and frantic, last-minute activity. State Sen. Joe Addabbo, Jr. (D-Howard Beach) emerged from Albany to analyze the latest in Empire State lawmaking, and so we will look to him for help in navigating these choppy budget waters.

“It always seems to happen in the New York State Legislature, that the last hours of the six-month legislative session were marked by the appearance of ‘The Big Ugly,’ which can best be described as the kitchen sink of state government, with a wide variety of unrelated issues all thrown into one big piece of legislation and then served up on a platter for approval,” Addabbo said. “I still think this is a terrible way to do the public’s business, making and passing deals in the middle of the night, when important issues could have and should have been openly and honestly debated in the light of day over the last six months.”

On the bold moves side of this year’s legislative ledger is daily fantasy sports and the vote to legalize it in New York.

“The measure, which classifies fantasy sports as games of skill rather than chance, contains a number of consumer safeguards to prevent people under 18 from playing, protect new fans from being taken advantage of by experienced participants, provide full disclosure about prizes and offer public information about problem gambling assistance,” Addabbo explained. “In addition, the legislation requires companies that offer fantasy sports to register with the state. Principals of the companies must undergo criminal background checks and would be automatically disqualified if convicted of a felony crime in New York or elsewhere associated with gambling or bookmaking.”

In last week’s edition of The Forum, we highlighted the efforts of elected officials in Albany to use legislation to help combat the very real heroin and opioid epidemic in New York. The package of three bills features initiatives to address the current drug crisis, including provisions to limit the over-prescription of opioids and remove barriers to access for inpatient treatment and medication. The laws also aim to address issues and concerns raised by individuals in recovery, families, and treatment providers across NY.

Mayor Bill de Blasio could not have been thrilled at the one-year extension of mayoral control of NYC public schools; and as Addabbo noted, the 12 months comes with a string attached.

“For children in New York City schools, mayoral control has now been extended for one more year with a new requirement that detailed information be provided by the City on education spending for every individual school,” Addabbo said.

Additionally, for City schools, a “program is being put into place to require lead testing of school water systems throughout New York to protect all students from poisoning. School districts are being given an extra three months to develop teacher and principal evaluation plans before facing the threat of lost state aid, although I still strongly believe funding and educator evaluations should never have been tied together in the first place,” Addabbo added.