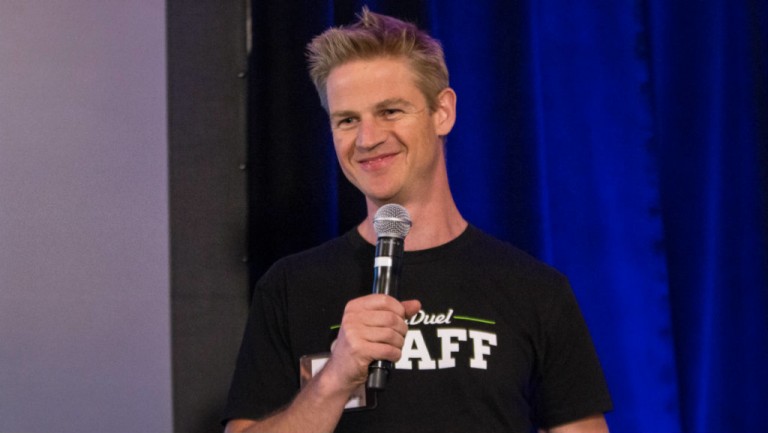 The State Senate and the Assembly recently approved legislation to legalize and regulate fantasy sports in New York, adding a new wrinkle to the narrative of the controversial, polarizing – and certainly popular pastime.

“After the attorney general shut down DFS operators DraftKings and FanDuel in New York State, legislators worked to draft a compromise on paid fantasy sports across the state,” said Sen. Robert Ortt (R-North Tonawanda). “The final agreement will utilize start-up fees from large season-long fantasy operators to fund education and should strengthen Western New York Off-Track Betting. This legislation achieves several key criteria for me. First, thousands of fantasy sports enthusiasts across my district will continue to enjoy their passion. Additionally, the 15 counties and two cities who receive funding from Western New York OTB should see their profit sharing revenue increase as fantasy sports partner with OTB establishments.”

“The measure, which classifies fantasy sports as games of skill rather than chance, contains a number of consumer safeguards to prevent people under 18 from playing, protect new fans from being taken advantage of by experienced participants, provide full disclosure about prizes and offer public information about problem gambling assistance,” added Sen. Joe Addabbo, Jr. (D-Howard Beach). “In addition, the legislation requires companies that offer fantasy sports to register with the state.  Principals of the companies must undergo criminal background checks and would be automatically disqualified if convicted of a felony crime in New York or elsewhere associated with gambling or bookmaking.”

Addabbo, the ranking member of the Committee on Racing, Gaming and Wagering, said he was pleased that the Legislature took “action to regulate” something so many New York residents enjoy.

“Taxes and fees associated with fantasy sports would provide a new income stream for New York State to help bolster our educational system, much like revenues that now go to public schools through the state lottery,” he said. “Furthermore, the millions of fans of fantasy sports in our state will once again be able to legally participate in games they enjoy while helping to benefit New York’s economy with their activities.”

Nigel Eccles, FanDuel CEO and co-founder, said, “New York fantasy sports fans rallied – with more than 100,000 emails and thousands of phone calls to legislators – and legislators heard them and responded. The bill represents a thoughtful legislative process, where bi-partisanship and willingness to compromise carried the day, and we are extremely hopeful Governor Cuomo will sign this bill. We decided long ago to build FanDuel in New York because it’s the sports capital of the world and a thriving home for tech startups – a natural fit for fantasy sports. Our success is due in no small part to the people, infrastructure, partnerships and opportunities here, which very few locations in the world can offer.”

Not everyone was thrilled with the DFS legalization news.

“As I have said from the start of my office’s investigation into daily fantasy sports, my job is to enforce the law,” said State Attorney General Eric Schneiderman. “Today, the Legislature has amended the law to legalize daily fantasy sports contests, a law that will be my job to enforce and defend. We will nevertheless continue to pursue our claims that DraftKings and FanDuel previously engaged in false advertising and consumer fraud.”