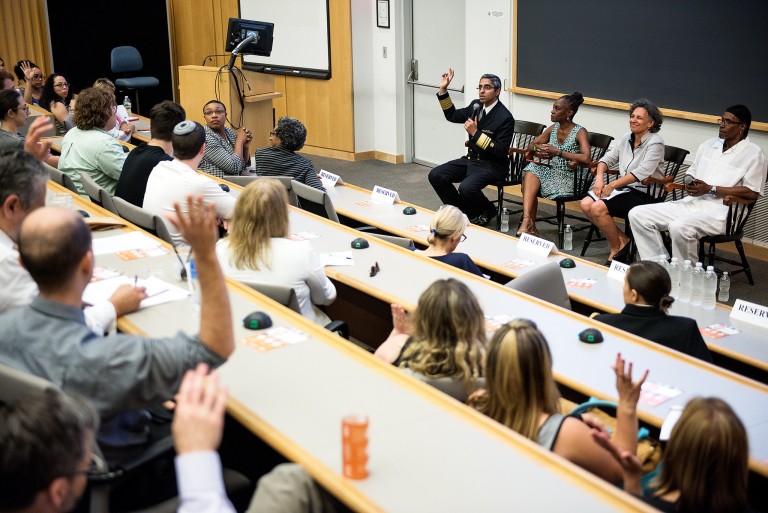 A public health panel recently convened at Montefiore Medical Center in the Bronx to discuss the opioid epidemic and the role mental health services can play in treatment.

The federal and city officials were joined by Leonard Gill, who is recovering fromopioid addiction.

The panel detailed the latest Health Department data, which highlights a 200 percent increase in the rate of benzodiazepine-involved overdose deaths from 2000 to 2014. (Benzos – Xanax, Klonopin, Ativan, Valium – are a class of drug primarily used for treating anxiety; they are the most commonly prescribed medication.)

“The increase in opioid addiction and abuse has led to severe and devastating consequences for many of our families. In New York City alone, opioid overdoses, which are entirely preventable, kill two people every day. We lose more lives to opioid overdose than to car crashes,” McCray said. “It’s time to work toward real solutions at every level of government – local, state and federal – to end opioid addiction. We must work together to decrease the over-prescribing of opioids, and increase education while we expand access to other quality treatment options. We must also keep those who suffer from addiction safer with harm-reduction strategies like Naloxone. I’m honored to partner with the Surgeon General to reduce opioid dependence.”

The Health Department’s new guidelines, released earlier this month, can help healthcare providers reduce the risk of benzodiazepine-involved overdose, the experts noted. The guidelines recommend that providers prescribe these medications only when needed and only prescribe the lowest effective dose of benzodiazepines for the shortest duration – no more than two to four weeks. Additionally, the guidelines recommend that providers avoid co-prescribing benzodiazepines and prescription painkillers. The Health Department has previously issued guidelines to support judicious opioid prescribing and, last week, issued guidelines for the integration of substance use care into primary care practice.

For Murthy, if society doesn’t collectively change the way it views addicts and addiction, we won’t be able to make any significant progress.

“Addiction is a chronic illness, not a moral failing or character flaw,” Murthy said. “We have to shift how we think about addiction because, until we do that, it’s going to be hard for us to end this opioid epidemic and get treatment to those who need it.”