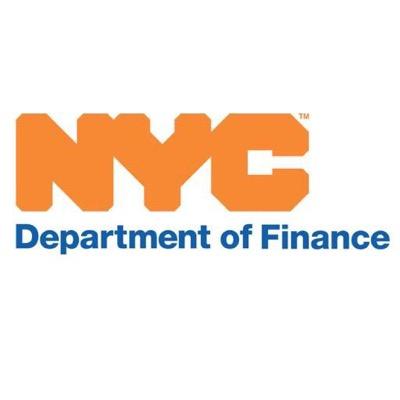 Photo Courtesy of Department of Finance

Between Fiscal Year 2011 and FY 2017, the City failed to collect $59.2 million in tax revenue because the Department of Finance improperly credited a tax exemption intended for seniors to thousands of deceased individuals and corporations, according to a new audit released last week by City Comptroller Scott Stringer.

The audit, the sixth of DOF since January 2014, examined whether Finance ensured that property owners receiving the Senior Citizen Homeowners’ Exemption as of July 1, 2015, met the eligibility requirements of the program. SCHE provides a partial property tax exemption for any senior citizen who owns a one-, two-, or three-family house, condominium, or co-op apartment in the five boroughs. To be eligible, an applicant must be 65 or older, have a combined household income below $37,400, and occupy the property as their primary residence. SCHE can reduce the assessed value of a property by between 5 percent and 50 percent, based on the income of the homeowner.

In New York, an individual who qualifies for the SCHE automatically qualifies for the Enhanced School Tax Relief Exemption, which is also available to the same population but with a higher income cap ($79,050 a year). The Enhanced STAR Program exempts the first $62,200 of the full value of the home from school taxes, Stringer noted.

When recipients of the SCHE die or sell their homes, their tax exemptions do not transfer to the next owners. To ensure that only the proper individual receives the tax credit, Finance is required by state law to make all recipients of the exemption re-apply every two years, Stringer said. However, the audit uncovered that the agency has failed to request those re-applications for the last ten years. As a result, thousands of unqualified individuals and corporations continued to receive the tax break, costing the City millions in potential tax revenue.

“This lost revenue could have gone toward building the affordable housing we desperately need, or increasing resources for our school children,” Stringer said. “Programs like the Senior Citizen Homeowners’ Exemption help older New Yorkers to stay in their homes and remain in their communities. The City must ensure these tax breaks only go to those who deserve them.”

The audit made several recommendations, including that DOF identify any deceased homeowners who applied for the SCHE and remove this and the Enhanced STAR exemption from those properties, retroactive from the date of death. The audit also recommended that the agency take steps to recover any and all erroneous tax exemptions that were applied to ineligible homeowners.

Finance agreed with all of the audit’s recommendations and pledged to recoup ineligible benefits from corporations and examine recouping benefits improperly received by unqualified individuals.

“New Yorkers work hard for their money, and they deserve a tax system that’s transparent and equitable,” Stringer said. “Instead, these [six] audits have made clear that the Department of Finance is not playing by the rules and it’s taxpayers who have paid the price. The City has an obligation to correct this mess ahead of the next tax season so that every New Yorker gets their fair shot.”