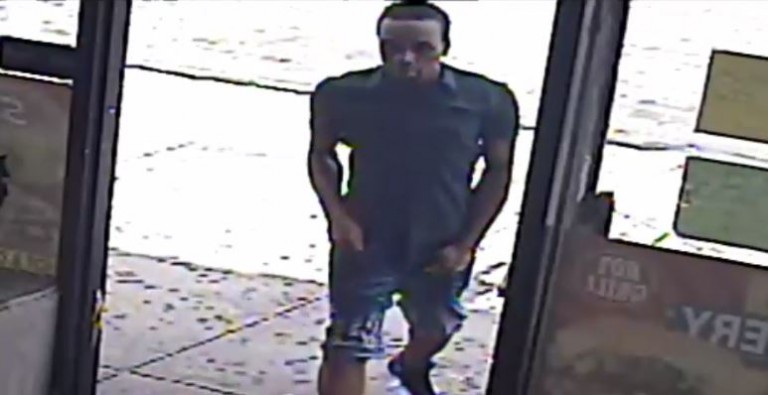 PHOTO: According to investigators, the attack was the result of an altercation that quickly escalated to physical from verbal. Courtesy of NYPD

Police this week reached out to the public for help in identifying the man depicted in the photo who is wanted in connection with an assault in Ozone Park.

On Monday, around 1:20 p.m., the suspect and victim got into a verbal dispute in front of a deli on Rockaway Boulevard near 97th Street that quickly turned physical. During the fight, cops said, the suspect stabbed the victim with a sharp object multiple times. The victim suffered lacerations to his chest and torso; he was rushed to an area hospital where he remains in stable condition. Investigators said the suspect fled northbound across Rockaway Boulevard.

He is described as a black man, 18 to 25 years old, 5-foot-10, 150 pounds; last seen wearing a dark-colored shirt, blue jean shorts, and black and white sneakers.